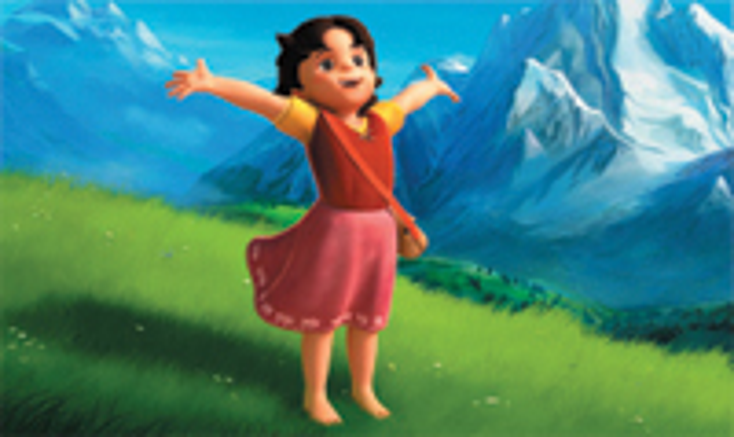 Following the French premiere of

in August, Marie-Laure Marchand, international licensing director, Studio 100, is optimistic about the debut 3D movie of one of the company's top properties.

Without box office numbers or a press release in hand, Marchand based her review on her observation of the audience.

"The premiere went very well. Adults and kids were so enthusiastic. We're very pleased," she says.

Gauging customer reaction to Studio 100's brands is just part of what Marchand does. By coordinating with the others branches of the group in Benelux and Germany, Marchand reviews development of consumer product strategies in the international market for classic brands like Maya, Vic the Viking and Heidi.

As the holiday season approaches, Studio 100 will further bolster the film with additional

merchandising, including a book based on the movie, a new plush toy and a board game for the children's market.

Studio 100 plans to grow the Maya property internationally in 2015, with extensions planned for Southeast Asia, Australia and Latin America.

Originally founded by Hans Bourlon and Gert Verhulst in 1996, Studio 100 began with just one TV production and five employees. Since, Studio 100 has acquired three theme parks (Plopsaland Parks), EM Entertainment (an independent catalog of children's content), the Australian animation studio Flying Bark, a cooking channel in Benelux and started an in-house film distribution business. Today, the company is one of the largest independent global family entertainment companies, with more than 1,000 employees worldwide and offices in Belgium, the Netherlands, France, Germany and Australia. Formerly managing director of Big Bocca TV & Licensing, a subsidiary of Upper Deck, Marchand joined Studio 100 in 2007.

Marchand and Studio 100 also have their sights set on taking another girls' character international. Heidi, based on the classic book character, will be back on TV in 2015, complete with a CGI makeover and scheduled to launch in more than 70 countries.

Deals have been sealed for Heidi publishing in Turkey and Central Eastern Europe, and Marchand says more are on the horizon.

"We're finalizing the details at the moment," says Marchand. "It's taken a long time to negotiate, but we will have a lot of territory covered, particularly in the girls' department."

Another Studio 100 brand headed to the big screen is Australian character Blinky Bill. Produced by Flying Bark, the beloved Australian icon will be introduced to a new generation of children with a CGI animated movie, scheduled to hit theaters in June 2015. Marchand is also increasing Blinky Bill brand awareness by building the brand's licensed product range with a lineup of merchandise for the Australian/New Zealand market to follow the film premiere.

Marchand is also working on taking girl group K3 world wide. Already a top brand in Benelux for more than 12 years, and a staple in the Benelux tabloids, Marchand and Studio 100 are working on a 3D animation series based on the live band in its home base of France.

"To be able to make them travel and be more global, we decided to do this animation series with M6 in France," says Marchand. "It will give another twist to Studio 100's lineup with an older target group with girls. It will be a very Manga, pop, girlie series."

Those attending Brand Licensing Europe this month will get a special sneak peek at the upcoming "K3" TV series launching next year.

However, some Studio 100 properties are proving to be challenging for Marchand. In Germany, "Vic The Viking," a boys' property that has popularity in Germany, but is struggling to find a home elsewhere. Marchand is working on publishing deals for the Vic property, but they're dependent on the master toy performance in G/A/S as the company and its licensees continue to watch how the property gains market share.

"We're waiting to see how it goes. We're taking our time," concurs Marchand. "We need more brand awareness for Vic. "

Efforts to build brand awareness across the Studio 100 portfolio is paramount to Marchand. Plans are underway to take Studio 100 properties into the digital world full force. Currently, there are four Maya apps in more than 10 countries.

"This is a main focus of the group, for our website and apps," says Marchand.

Its newest digital venture is One a Go-Go, a gaming social platform that includes all of Studio 100's properties, which will hit Benelux first.

"If everything goes right, we'll expand in our territories," says Marchand. "Not all the brands are international, but we'll be flexible.

"We are really paying attention to this media," continues Marchand. "This is the present, but it's also the future, so we are there."