The Hollywood Vampires, a collective of some of the &#39;70s biggest rock stars, has partnered with Epic Rights and Global Merchandising Services to launch a merchandise and retail program. 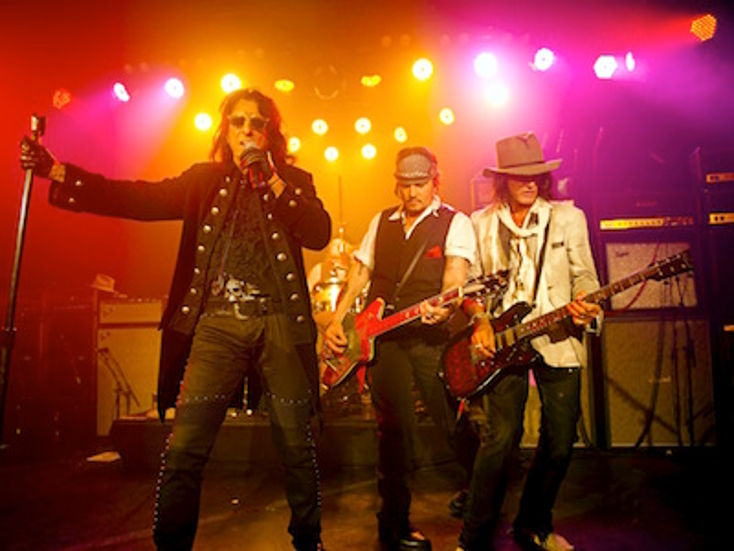 The Hollywood Vampires, a collective of some of the '70s biggest rock stars, has partnered with Epic Rights and Global Merchandising Services to launch a merchandise and retail program.

Born in the upstairs bar of the Rainbow Bar & Grill on the Sunset Strip in Hollywood, Calif., the club was revived three years ago by founding member Alice Cooper and his friend Johnny Depp, who wanted to bring back the camaraderie and spirit that defined the Hollywood Vampires, minus the drinking. Cooper and Depp were joined by Aerosmith’s Joe Perry, along with producer Bob Ezrin, and together the group recorded an album, "Hollywood Vampires," that was released Sept. 11, followed by two live performances at The Roxy in Hollywood, Calif., and Rock in Rio in Brazil.

Now the Hollywood Vampires have partnered with Epic Rights and Global Merchandising Services to create rock-themed apparel, collectibles, wall art and more via their network of licensees.

“Hollywood Vampires embodies the spirit of the music and artists that really defined the rock attitude and lifestyle we all secretly aspire to, and the mystique surrounding the club translates effortlessly into classic rock merchandise," said Dell Furano, chief executive officer, Epic Rights and Barry Drinkwater, Global Merchandising Services. "Now that Alice and Johnny have resurrected Hollywood Vampires, it is fueling fan demand for merchandise and social media interaction, and the possibilities are limitless.”