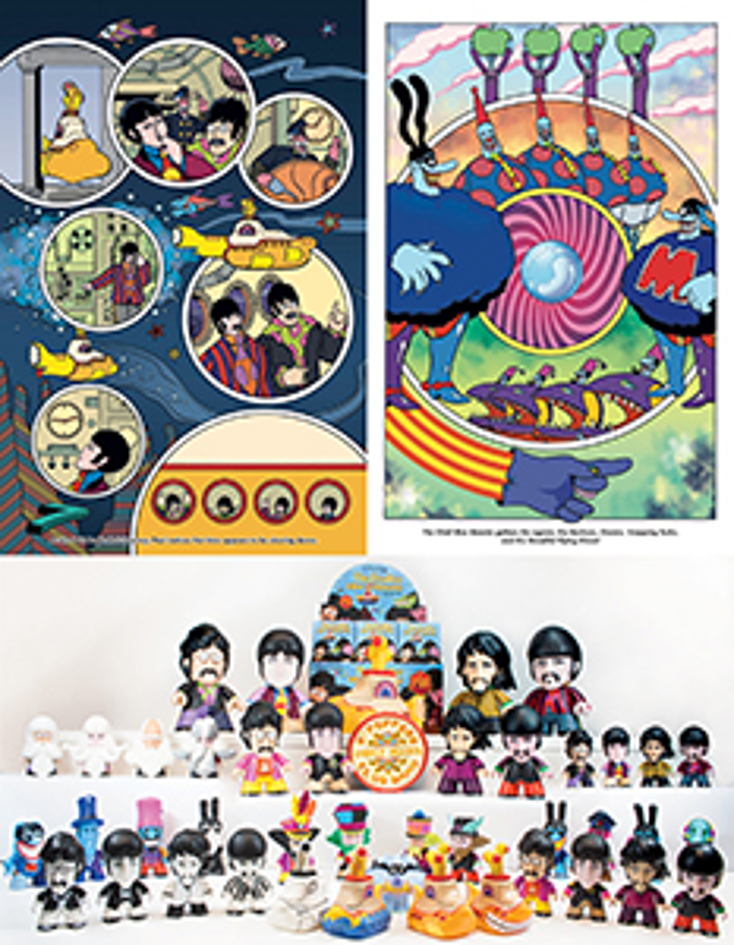 to a graphic novel next year.

GLOBAL–Apple Corps has partnered with Titan Comics to publish an official graphic novel adaptation of The Beatles’ iconic animated film,

movie, which was originally released in 1968, is an animated musical fantasy film inspired by the band’s iconic music. In the film, Paul, John, George and Ringo agree to accompany Captain Fred in his Yellow Submarine and go to Pepperland to free it from the music-hating Blue Meanies.

adaptation is slated to hit retailers in 2018 to tie-in with the film’s 50th anniversary.