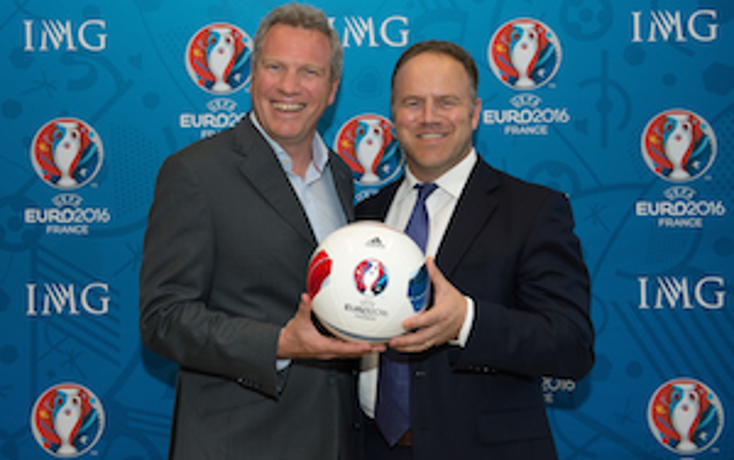 The global rights deal includes all of the above-mentioned National Team events through 2017, with a primary focus on UEFA Euro 2016, which will take place in France beginning June 10, 2016, and running through July 10, 2016. For the first time in the tournament’s history, 51 matches will be staged in 10 different cities across the country, with 24 teams competing over the course of the month-long tournament.

marketing director, UEFA Events. “The official licensing program is an important part of the event promotion allowing fans of all ages, in France as well as around the world, to connect with the competition.”

IMG Licensing will field a team (based out of its Paris office and working with IMG offices across Europe) that will develop an extensive licensing program to appeal to all segments of football and sports fans.

Both core category and creative licensees will be sought for a range of fan, lifestyle, fashion and leisure products to be sold throughout Europe and other worldwide markets.

"We are honored to be working with UEFA. Our aim will be to create a lasting relationship between the competition and its fans, maximizing the role that official licensed products can play in the overall commercial program,” says Simon Gresswell, vice president, IMG Licensing Europe. “UEFA Euro 2016 will be the biggest-ever UEFA European Championships to date, and we are confident that the licensing activity will match the event’s huge and growing popularity.”