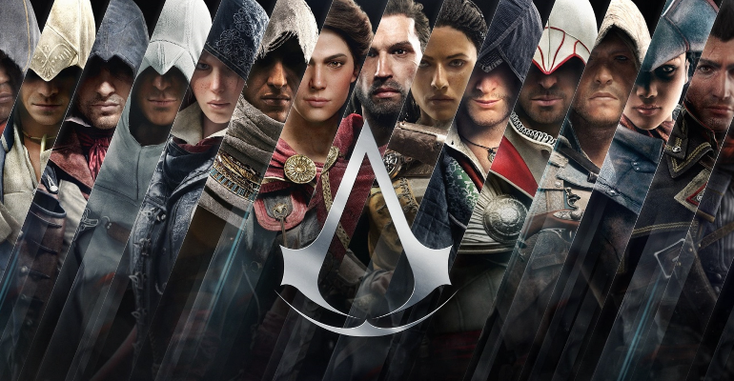 in Europe and Asia.

With more than 100 million players and 16 games released over the past 10 years, “Assassin’s Creed”

is a brand with a robust licensing program, which IMG will expand into new territories and categories. With more than 55 million players worldwide and 145 million hours of esports content watched since the launch of the first “Rainbow Six Pro League” four years ago, Tom Clancy’s

“‘Assassin’s Creed’ and ‘Rainbow Six’ are two of the world’s most popular game franchises, and we’re looking forward to leveraging our strengths in Asia and Europe to expand their licensed product offering,” says Mickael Andreo, vice president, licensing, IMG. “We are working with Ubisoft to

develop an ambitious program for avid fans of both franchises that will be aligned with the brands’ DNA and the growth of esports as a cultural phenomenon.”

“Ubisoft is committed to enriching players’ lives with innovative games, and our global licensing program plays a key role in extending the brand universe,” says François Tallec, director, consumer products and partnerships, Ubisoft EMEA. “We are delighted to partner with IMG, experts in building brand loyalty among consumers, to grow our program with a variety of original products enhancing the overall experience for our fans.”