A Look Back at 2019: The Year’s Top Licensing Trends Revealed

2019 ushered in a host of notable trends, and License Global has compiled a handy recap. 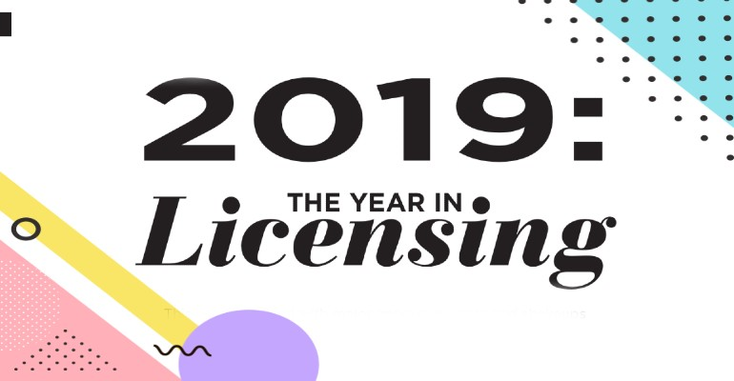 The licensing industry took many twists and turns in 2019, ultimately growing and flourishing with new and unexpected opportunities and deals. It’s no surprise that the licensing industry continues to flourish, considering the 3 percent jump in licensed merchandise and services from 2017-2018, according to Licensing International. As different sectors evolved, so, too, did licensing opportunities, revealing new business trends as a result.

In retail, there were store revivals, downfalls and the ever-popular brick-and-mortar pop-up experience. For licensing within the gaming and esports categories, the growing influence of non-endemic brands marked a notable shift. Movies, TV and SVOD boomed as box office numbers for companies like Disney soared, and the power of the streaming service made itself apparent yet again via newcomers such as Disney+. The power of YouTube influencers and the industry’s mindfulness of sustainability continued to play an important role in the fashion and beauty industries, which saw several partnerships stem from the marriage of these two trends. Across all sectors, big brands were bought and sold, creating a new playing field for licensees as those businesses continue to evolve.

the licensing industry will continue to transform in 2020, it’s important to recognize 2019’s trends. That’s where

’s got you covered. The following roundup covers the most important trends of the year that should be considered as our industry prepares for 2020.

Retail: What Is Old Is New Again

Retail continued to find its footing in 2019. News of established chain stores shutting down or cutting back store locations grabbed news headlines throughout the year. Ten years ago, the thought of stores like Forever 21, Payless Shoe Source and Gymboree shuttering forever seemed unfeasible, but all three closed in 2019. Retailers like Gap, Victoria’s Secret and Bed Bath and Beyond closed several locations as part of a business restructuring. Still, time will tell whether these changes have helped these companies’ overall bottom lines.

It’s no secret that traditional retail stores have fallen out of favor for online stores, mainly for convenience and choice. Why travel to a store only to discover a limited stock when you can log in online and find what you need?

That being said, all is not lost in retail. Some stores have revamped their show floors to get shoppers back to the store.

Story at Macy’s continued to make waves in 2019 for its collaborations with several companies such as Crayola, MAC Cosmetics and Kellogg’s, and for themes ranging from color to Christmas, to get consumers in-store – and shopping.

While the closing of Toys ‘R’ Us was one of the top stories of 2018, the renowned toy store was revived in 2019 with an emphasis on retail experience. In November, TRU opened two new locations including:

made the jump from screen to stores. Stores like

, which launched as an online-only brand, now have several locations around the U.S. due to customer demand.

While retail is still evolving, it isn’t going away in 2020.

Video Games and Esports: A Digital Playground for Licensees

As we look back at 2019, it’s clear that consumers and the industry are looking ahead to 2020, when new consoles from Sony and Microsoft are set to debut a whole new era in gaming. A slow period in video game sales provides a clear sign of this anticipation, as The

Group reported purchases were down 12 percent in 2019.

and Gearbox gained partners such as

for the latest “Borderlands” installment.

Licensing was specifically augmented by the growing influence of non-endemic brands in the video game and esports sectors. From fashion brands such as

, non-gaming brands entered the esports stadium in 2019 like never before. Brands who decided to co-op with video game developers saw success for their brands, as more than 65 percent of gamers in the U.S. play video games, according to the

also played a big part in the video game industry in 2019. Major brands such as

brought their unique IP to the digital world of video games over the last twelve months. Taking advantage of popular free-to-play online titles including “Fortnite” and “Brawlhalla,” the companies tapped into a massive market of consumers who are playing hours of online games each week.

As we look ahead to 2020, besides new consoles, it will be interesting to see whether new players in the industry can rebound from a rocky start. Google launched its

in November. The new platform struggled to get out ahead early with a lukewarm response from media and fans. However, many of the issues cited during launch, such as lackluster debut titles to a variety of play restrictions at launch, can be overcome in time.

For its part, Apple’s new streaming game platform, Apple Arcade, has created a real opportunity for mobile developers. Since launching this year, the platform has introduced a host of titles and leveraged the iOS established ecosystem to level-up mobile gaming. As mobile gaming continues to rise in the new year, Apple Arcade is looking to carve out a unique niche in 2020.

Movies, TV and SVOD: The Powerhouse of Mouse

In 2019, franchises dominated screens, both big and small. Our love for shared universes and returning characters showed no signs of slowing, but with a 10 percent reduction in global summer box office sales from 2018, it’s not about what platform we prefer, but how we seek our favorite stories (

With HBO’s “Game of Thrones” (43 million viewers per episode (

)) contributing to the alternatives standing against blockbusters like “Men in Black International” and “Dark Phoenix” this year, the fight for viewer attention began to heat up.

Disney made a big play for the content crown this year, grossing more than $12 billion worldwide in box office sales (

). The release of “Frozen 2” – grossing $1.3 billion as of the time of this writing – and the acquisition of Fox has also helped Disney break its own record after earning $7.6 billion in 2018 (

gained 10 million subscriptions in just 24 hours upon release in November, surpassing the entire 2019 prediction of 8 million by quite some margin.

Franchise fatigue may be a worldwide buzzword, but Disney shows no sign of slowing big (and small) screen returns such as “The Kings Man” (2020), “Black Widow” (2020), “The Eternals” (2020) and “Mulan” (2020) are just a few of the franchise favorites set to hit cinemas next year. Disney+ is also bringing original takes on

, “Star Wars” and the world of Pixar across 2020 and beyond as it grows in popularity.

However, while 2019 may have been a big year for Disney, it’s not just a one-studio game as we move into 2020. Sony, Universal, Paramount, MGM and Warner Bros. are all focusing on franchise favorites with “No Time to Die,, “Peter Rabbit 2,” “Trolls: World Tour,” “Minions 2,” “Fast & Furious 9,” “Ghostbusters” and “Top Gun: Maverick” just a few of the returning properties slated for release that debunk any fan fatigue.

Like franchise IP at cinemas, original content is fueling the small screen streaming war that will define 2020 and 2021. Headliners Netflix, Amazon Prime Video and Disney+ led the charge while

(to name a few) will add to the arsenal of options available to viewers. Franchises that returned to small screens included “Stranger Things,” “Black Mirror,” “Peaky Blinders” and “Game of Thrones” as well as new upcoming shows like “The Witcher” (Netflix) and “Picard” (CBS All Access) that keep the battlefront changing all the time and maintain the trend of franchise over format.

Fashion/Beauty: Influencers and Sustainability Play a Big Role in 2019

If you want to find out which brands are trending, take a look at licensing within the fashion and beauty categories. The continually evolving verticals continued to keep pace in 2019 with a slate of deals that highlighted the consumer trends and digital interests motivating what gets bought across store shelves.

This year saw YouTube influencers continuig to play a significant role in the cosmetics space, with collabs coming from big players including

Not to be outdone, actors and musicians also joined the cosmetics fray in 2019. Some of the most high-profile cosmetics debuts included launches from Lady Gaga, who released the

. The deal saw Gaga join the likes of other high-profile celebrities such as Rihanna with Fenty and Kylie Jenner with Kylie Cosmetics. Jenner, an early originator of celebrity cosmetics lines, recently sold her stake in her makeup namesake to parent company COTY for a reported

In fashion, the push by Gen Z to seek out transparent and environmentally conscious brands continued to expand the industry into new areas. According to a

from early this year, nine in 10 Gen Z consumers believe companies have a responsibility to address environmental and social issues. Those consumer habits have led apparel companies such as

to develop lines that promote awareness in real-world problems and be made more sustainably.

As we move into 2020, it will be interesting to see how brands continue to embrace a more proactive approach for sustainability and social issues. Perhaps they’ll take cues from companies like Mattel, which vowed to follow new sustainable sourcing principles moving forward.