TrendWatch: The Force is with Star Wars

Disney debuted a massive range of product to consumers around the world on ‘Force Friday,’ withsales success that only further bolsters the company’s dominance as the leading licensor 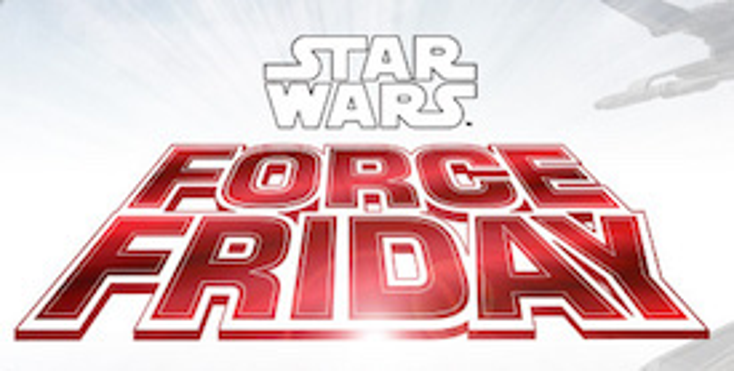 Disney debuted a massive range of product to consumers around the world on ‘Force Friday,’ with sales success that only further bolsters the company’s dominance as the leading licensor.

It's no secret that The Walt Disney Company is the leader in entertainment. Its market dominance is seen from the box office to retail aisles, making it the No. 1 Top 150 Global Licensor since

annual report was conceived more than a decade ago, and long before that. With global annual retail sales of $45.2 billion in 2014, according to the report, The Walt Disney Company is only poised to grow that sales number even more in 2015 and beyond as it readies its next major blockbuster franchise–the almost unstoppable

–for the global box office and retail shelves around the world.

franchise creator Lucasfilm in 2012 for $4 billion, the company's fourth largest acquisition (a shocking fact, given Lucasfilm's seemingly limitless potential) behind Capital Cities/ABC in 1995, Pixar in 2006 and Fox Family in 2001, according to

With the rights to Lucasfilm

and access to its stable of films and characters, Disney quickly set plans into motion to bring new content to fans, both new and established. It first launched a brand-new animated TV series, "Star Wars Rebels," on its Disney XD network to whet the appetite for the franchise, before it readies the hugely anticipated film

Ahead of this film debut, Disney has also launched a comprehensive product range, heralded by an unprecedented, meticulously coordinated worldwide product rollout.

On Sept. 4, retailers around the globe participated in "Force Friday," a true worldwide effort that launched with an 18-hour live unboxing event on YouTube, where highlights of the new product range were revealed. (Side note: toy unboxing videos on YouTube are a true phenomenon and wildly popular with audiences in all countries. If you have yet to watch any such videos, I'd suggest you take a gander, if only to marvel at what millions the world over find enthralling.) The unboxing event began in Sydney, Australia, and moved around the globe to key major cities, each of which strategically unveiled a new item. The unboxing event concluded at the Lucasfilm headquarters in San Francisco, Calif., where even more products were showcased.

Then, more than 3,000 U.S. retail locations opened their doors at midnight as hoards (and seriously, there were mega crowds) clamored to purchase the brand-new

range. Even Jimmy Kimmel got in on the fanfare on his talk show as he sported

Highlights from the merchandise line for the U.S. include:

The results of this unorthodox retail push paid off, lifting product sales for the licensor considerably.

According to The NPD Group, almost $1 of every $11 spent during that week of sales was spent on a

The potential, then, is huge for retailers that have embraced the property (and it's safe to say most have) to pad their sales this year on one brand alone. NPD also predicts that the toy industry on the whole will benefit from the

lift, as the products contribute significantly to overall sales through the forthcoming holiday season.

With more franchise films in the pipeline (at least one per year through 2019), it's to the shopping centers we all go as the Force continues to be strong with this property long into the holiday season, 2016 and beyond, perhaps extending to a galaxy far, far away. It certainly is not a far-fetched notion.