The WWE Superstar and actor will appear as a character in the upcoming Xbox video game for a limited time. 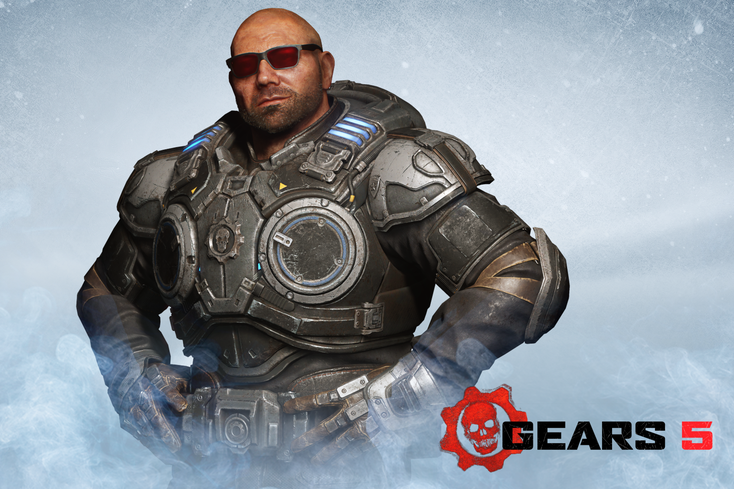 The Coalition and Microsoft have announced that WWE Superstar and actor Dave Bautista will appear as a playable character in the upcoming Xbox video game “Gears 5.”

Bautista made the announcement himself on his personal Twitter account via video, featuring him wearing armor from the “Gears of War” franchise. The deal will see a digital avatar of Batista as a playable character in the game from Sept. 13-Oct. 28. Bautista comes to “Gears 5” in lead up to the upcoming WWE event “Clash of Champions” later this month.

It’s about damn time. Play as me in

movie that is currently in development. The

actor has previously been fan casted as one of the series protagonist Marcus Fenix. In a 2018 interview with

“Adding Batista to ‘Gears 5,’ we started with the fantasy of ‘Batista as Marcus,’ putting Batista into Marcus’ armor, and starting with Marcus’

script,” says Rod Fergusson, studio head, The Coalition. “Then we added elements of “The Animal” Batista into his voice performance and onto his look by adding his signature Hollywood shades to his character. Batista was great in the booth and I can’t wait for ‘Gears’ and Batista fans alike to stomp some Swarm as The Animal.”

with actor Keanu Reeves which brought the