Brand Licensing in 2015: A Year in Review

From an increased focus on building 360-degree franchises to a host of major executive moves, here&#39;s the news that shaped 2015. 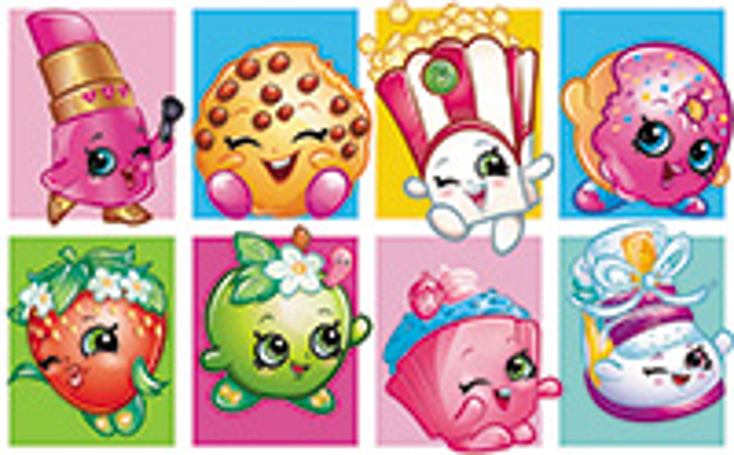 From an increased focus on building 360-degree franchises to a host of major executive moves, here's the news that shaped 2015.

Last year was marked by a series of shifts in leadership among several of the world's top licensors including Disney Consumer Products, Iconix, Sanrio, Warner Bros. Consumer Products and more.

Meanwhile, the much-awaited return of

to the silver screen turned out to be exactly as big of a deal as everyone thought it would be, providing a road map for the successful exploitation of an evergreen franchise. And Disney wasn't the only major licensor to focus on building out its core franchises in 2015, with other content creators following similar models to success (think Universal's reboot of the

brand and Warner Bros.' plans for the DC Comics properties).

On the toy front, Shopkins reigned. Sales of Moose Toys' line of collectible, shopping-themed figurines topped $100 million in the U.S. and Canada alone in 2015. As a result, licensees around the world lined up to get on board, creating extensions that ranged from edible food products to apparel.

Then, just a month after Ferraro's promotion, the Walt Disney Company announced plans to combine its consumer products and interactive media divisions into one comprehensive unit, Disney Consumer Products and Interactive Media, in order to maximize efficiencies. The new division is being run jointly by Ferraro and Disney Interactive president Jimmy Pitaro.

Here are just a few of the other major executive moves of 2015:

Driven by the need to maintain a 24/7 presence, licensors increasingly looked not just to build brands, but to build franchises.

A key example of this is Disney's work with the

brand, which came to fruition at the end of 2015. Expectations were high for the return of one of the most beloved film franchises of all time, and Disney did not disappoint as

barreled past the $1 billion mark at the box office faster than any other in film in history.

And that's only the beginning. The studio plans to release a new

film every year from now until 2020 in addition to efforts in other arenas including television, live events and, of course, a wide array of consumer products.

stole the show later in the year, other major franchises made headlines earlier in 2015, particularly at the summer box office.

continued to prove the power of the superhero genre, bringing in $1.4 billion worldwide, while Universal's reboot of the

, topped both domestic and international charts with $1.6 billion in box office sales worldwide. Universal had two other major franchises hit it big last summer, as well–

, both of which have proved their staying power through several box office seasons and successful, long-standing consumer products programs.

In a similar strategy to Disney, Warner Bros. also plans to keep theaters well stocked with DC Comics content for the foreseeable future. The studio is planning 10 films between now and 2020, the first of which will be

this March. This is in addition to other DC content including TV shows, shorts and games, as well new animation content for other evergreen franchises including "Looney Tunes" and "Scooby-Doo" and new attractions and content for the

brand. And all of this entertainment will be supported by global licensing initiatives from the company's more than 3,700 active licensees.

Of course franchises aren't the sole purview of the studios. Nickelodeon named Chris Viscardi to the newly created role of senior vice president of content development in its Franchise Properties division, to oversee the creative direction of its key brands such as "Teenage Mutant Ninja Turtles," "SpongeBob SquarePants" and "Dora the Explorer."

), announced a new partnership with Paramount in December to bring five more of its brands to the big screen–G.I. Joe, Micronauts, Visionaries, M.A.S.K. and ROM.

In a similar move, video game company Activision Blizzard launched its own in-house studio to create film and television content based on its library of properties including "Skylanders" and "Call of Duty."

Clearly, the new M.O. for successful licensors in today's fast-paced market is the proliferation across genres, formats and product categories of a few, key evergreen brands.

Perhaps the biggest acquisition of the year was Sequential Brands Group's purchase of Martha Stewart Living Omnimedia, which brought together the world's No. 35 and No. 55 licensors (according to

In 2015, Sequential also bought the apparel brand Joe's and took a 62.5 percent majority stake in the Jessica Simpson brand from the Camuto Group.

In a completely different sector, gaming company Activision bought "Candy Crush" creator King Digital Entertainment for a staggering $5.9 billion. With the acquisition, Activision Blizzard, the No. 107 largest licensor in the world, has taken a foothold in the mobile gaming space. The new, combined company's portfolio will include two of the top five highest-grossing mobile games in the U.S. ("Candy Crush Saga" and "Candy Crush Soda Saga"), the world's most successful console game franchise ("Call of Duty") and the world's most successful personal computing franchise ("World of Warcraft"). Then in early January, Activision bought Major League Gaming, which develops live gaming events. The purchase not only adds live streaming capabilities to Activision's roster, but also furthers the company's plans "to create the ESPN of e-sports," according to Bobby Kotick, chief executive officer, Activision Blizzard.