Licensing 2018: Looking Back on the Biggest Moments of the Year

It seems like only yesterday that industry professionals were ringing in the new year and wondering what 2018 had in store. Have their predictions come true? 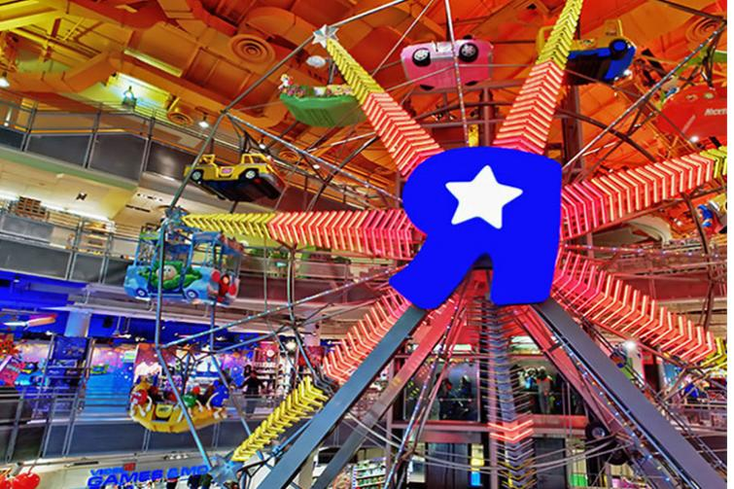 2018 can be summed up in one word: Change. License Global is taking a look back at its top-ranking and other noteworthy stories, month-by-month.

UBM Global Licensing Group brand director Steven Ekstract's analysis, "2017: A Year of Disruptions," was widely-shared across the industry. The article, which was featured in License Global's December/January issue, made several predictions for 2018 that proved true including the continuation of retail bankruptcies. 2018 saw Sears, Claire's, Nine West, Bon-Ton, Brookstone and more file for Chapter 11 in the U.S.

Entertainment One kicked off 2018 with a series of new licensing partnerships and renewals for "Peppa Pig" in the U.S. and Canada. Deals included holiday classroom products from CSS Industries and a renewal with Amscan for party goods.

In 2018, the beauty and fashion industries were taken over by influencers, which

was only beginning to make waves within licensing at the start of the calendar year. Influencer Jake Paul was a panelist at this year's NYC Licensing Summit, pet influencer Grumpy Cat was on site at Licensing Expo and kidfluencer Hearts by Tiana made her debut at Brand Licensing Europe.

Coinciding with the New York Toy Fair, the 2018 NYC Licensing Summit took place on Feb. 20. Executives from Telsey Advisory Group, Warner Music Group, Amazon and many others were on hand to discuss topics ranging from gaming to entertainment, fashion, retail and more. The Summit will return in 2020 bigger and better than ever. Stay tuned for announcements on the new, ground-breaking industry event.

gave a detailed look at one of licensing’s controversial topics, print-on-demand and copyright infringement. Redbubble’s Eric Morse, who spoke at the NYC Summit, gave his perspective on the divide. “There is a real misunderstanding among some in the licensing industry about Redbubble encouraging pirated designs,” says Morse. “It’s quite the opposite. We have over 200 ongoing agreements with rights holders to actively police our site for their properties.” Since the NYC Summit, Redbubble acquired fellow print-on-demand company TeePublic.

Toy of the Year Awards

The Toy Association crowned both WowWee’s Fingerlings and MGA Entertainment’s L.O.L. Surprise! as Toy of the Year. License of the Year went to Disney Consumer Products & Interactive Media for its Star Wars property.

By absorbing Gund from Enesco, Spin Master completed its ninth acquisition since 2015. Through the deal, Spin Master plans to expand into the infant and special gift categories, as well as plush, a category which the NPD reports has grown 6 percent year-over-year.

Authentic Brands Group kicked off a year of newsworthy acquisitions with the purchase of the Nautica lifestyle brand from VF Corporation. The deal closed in Q2, and in the time since, ABG has helped Nautica to tap into its 1990s roots to appeal to younger, nostalgia-oriented customers. A collaborative line with rapper Lil Yachty launched in July.

Toys ‘R’ Us sent shock waves through the toy industry when it announced that it would be shuttering its U.S. and U.K. operations in mid-March. By April, the company was on the auction block. In October, Bloomberg reported that the lenders who oversaw the company’s liquidation planned to resurrect the brand. The interested parties canceled the planned auction of the TRU IP and are now looking to reorganize the group’s assets under a new entity.

The global licensing industry descended on Las Vegas’ Mandalay Bay Convention Center to fete Licensing Expo 2018. The show, which is sponsored by LIMA, showcased more than 5,000 brands with more than 16,000 attendees, licensees, retailers, manufacturers, distributors, brand owners, licensing agents and IP holders. The premiere event also offered a selection of networking, educational and business-building opportunities. License Global also celebrated its 20th anniversary at Licensing Expo. The convention was abuzz with talk of the future of e-commerce as Nicholas Denissen, vice president, Amazon, delivered the opening keynote address and elaborated on how brands can grow their business online and what Amazon is doing to support them. In a separate ceremony, LIMA announced the winners of its annual International Licensing Excellence Awards. Top winners included Spirit Halloween which won Retailer of the Year for its “Stranger Things” program; and Amazon secured top honors in the digital (apps/software/video) product category for the “Sesame Street” Alexa skill.

Hasbro and Saban Brands entered into a definitive agreement that saw Hasbro acquire an assortment of Saban’s assets, valued at $522 million.

Epic Games selected IMG as its worldwide agent for consumer products licensing and promotions for its video game “Fortnite.” Since making the deal, “Fortnite” has announced an array of partnerships, such as Jazwares as master toy, McFarlane Toys for collectibles, Rubie’s Masquerade for costumes, Fashion U.K. for apparel and more.

A U.S. court sanctioned the $84.5 billion merger of AT&T and Time Warner in mid-June, now called WarnerMedia, whose players include (in order of size) AT&T, Verizon, Comcast, Charter Communications, as well as T-Mobile and Sprint.

Mattel made noise mid-year with Barbie’s 60th-anniversary celebration and the 50th anniversary of the Hot Wheels brand. To mark the occasion, Barbie celebrated with a deal with Sephora and a line of dolls inspired by International Women’s Day. Hot Wheels was commemorated on a U.S. Forever Stamp

The Global Licensing Group at UBM unveiled its plans to move the 2019 Brand Licensing Europe show to London’s ExCeL. The new venue will offer more flexibility to exhibitors attending Europe’s largest licensing show, and allow the event’s producers to create more enhanced programming such as screenings and interactive features within the hall. “We are confident that ExCeL can meet the needs of everyone,” says Anna Knight, brand director, BLE.

Toy and collectible brand Funko stepped into the cereal aisle (with more than 40 of its licensing partners) via FunkO’s. The cereal product included mini-figures themed around “The Golden Girls,” DC’s superheroes Batman and Batgirl, The Lord of the Rings, “Huckleberry Hound,” Beetlejuice, It (2017), A Nightmare on Elm Street, Friday the 13th and more.

The Smiley Company bit into McDonald’s with a retail promotion that saw its Rubik’s brand featured in Happy Meals across Europe, the Middle East, Africa and North America.

list of the Top 150 Licensees spanned multiple countries and categories and acknowledged third-party services for design, distribution and manufacturing that help licensors’ products get maximum visibility.

Warner Bros. strengthened its product lines with the formation of its Global Brands and Experiences division, with consumer products president Pam Lifford at the helm. The new venture is part of the group’s ongoing initiatives around fan engagement. The group also put a “never go dark” action plan into place to make sure fans can interact with Warner Bros. content at all times.

Netflix Finds Exec for Consumer Products Program Netflix made a more-extended foray into consumer products this year with the appointment of Christie Fleischer, global head of consumer products, who will aim to extend retail and licensee partnerships, publishing, interactive games, merchandising and experiential events across all categories.

The last few months of Disney’s Mickey Mouse 90th anniversary program include agreements with Levi’s, Lacoste and Skinnydip, which were announced in October. Celebrations were held across the company’s theme parks earlier this year, including an apparel program with Opening Ceremony and more.

Blizzard Entertainment signed deals with LEGO, Hasbro and Funko to license its games, including “Overwatch” and “Diablo.” “We cherish these game worlds as much as our players do, and [this] helped put a spotlight on how far we’ve come in developing toys and apparel that reflect that shared passion,” says Matthew Beecher, vice president, global consumer products, Blizzard Entertainment.

The Pokémon Company International inked deals in anticipation of its film Pokémon the Movie: The Power of Us. Pokémon characters will also appear on apparel from Maison Labiche, H&M and more.

The teen star announced plans to embark on her first multi-city U.S. tour. Nickelodeon and AEG will oversee the production, which kicks off May 2019 at the Comerica Theatre in Phoenix, Ariz.