Nickelodeon revealed a roster of new series coming to the network this year and beyond in its annual Upfront presentation in New York City Wednesday. 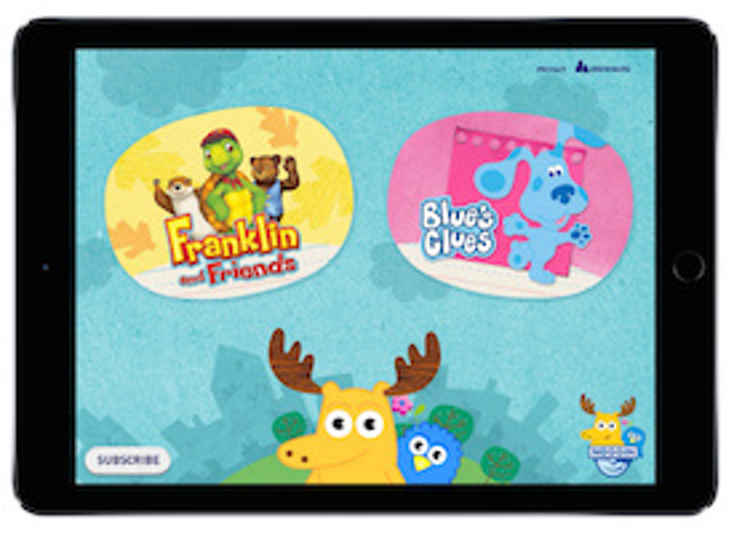 Nickelodeon revealed a roster of new series coming to the network this year and beyond in its annual upfront presentation in New York City Wednesday.

Featuring both long and short-form Nickelodeon content for preschoolers, "Noggin" is designed to complement the "Nick Jr." TV everywhere app.

Among the shows available on "Noggin" at launch will be "Blue's Clues," "Little Bear, "Pocoyo" and "The Upside Down Show." The app will also feature games, music videos, activities and educational videos, with new content being added regularly.

Launching on the Apple App Store March 5, the paid service will be ad-free and will cost $5.99 a month. Nickelodeon is

in discussions with other distributers to potentially offer "Noggin" as a premium add-on, as well.

"We are reintroducing the Noggin name with this new mobile service because of its built-in equity with moms as a signal of the high-quality preschool content that will be curated for it," says Cyma Zarghami, president, Viacom Kids and Family.

(The Noggin name was first used by Nickelodeon for a U.S. cable channel from 2002 to 2007 that featured Nick Jr. characters and was focused on educational content.)

toy line for "Blaze and the Monster Machines,"

Content was the focus of the bulk of the presentation though, with the network highlighting a host of new series and development projects. Among the projects that were showcased were:

Nickelodeon also announced that it will air more than 600 episodes of new series and returning favorites in the 2015-16 season. Among the new series this season are "School of Rock," a live-action show based on the movie, "Harvey Beaks," an animated show about a good kid who has never broken the rules and his two trouble-making best friends, "Shimmer and Shine," an animated preschool series about twin genies-in-training, and "Pig Goat Banana Cricket," which follows four friends on a series of surreal adventures.