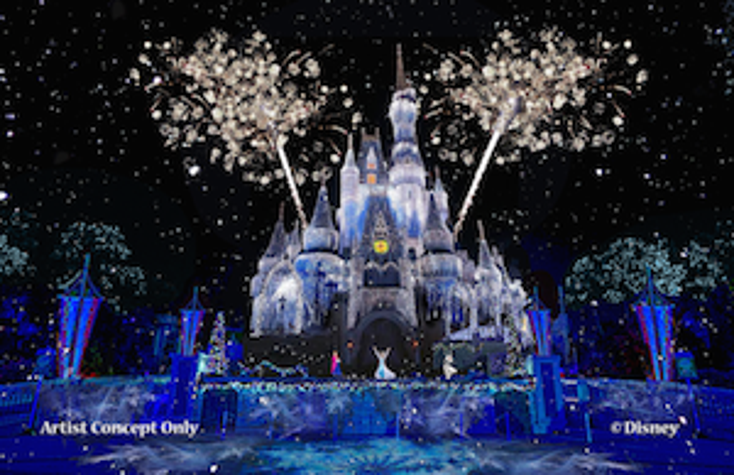 Set to replace Maelstrom in the park's Norway Pavilion, the attraction will let guests travel to Arendelle and be immersed in many of their favorite moments and music from the film. The pavilion will also include a royal greeting location where Anna and Elsa will meet guests.

Frozen characters will also have a bigger presence at the Magic Kingdom Park (also in Florida) this holiday season. In addition to ongoing character appearances, Queen Elsa will use her powers to transform Cinderella Castle into an ice palace every night beginning in early November. And Mickey's Very Merry Christmas Party will include Anna, Elsa, Kristoff and Olaf in Mickey’s Once Upon a Christmastime Parade.

The studio is also extending some popular elements of the "Frozen Summer Fun Live!" show so that guests at Disney's Hollywood Studios can continue singing along to

songs with Queen Elsa and Princess Anna. Additionally, Wandering Oaken’s, the trading post from the film, will set up shop closer to the show through the holiday season and will feature a larger play area with real snow.

"When Walt Disney promised that Disneyland would never be completed, so long as there is imagination left in the world, he made a promise to our guests that we take seriously at all our locations around the world. This year, one particular product of imagination–Disney Animation’s blockbuster hit

–captured the hearts and minds of people around the world and gave us a new opportunity to make good on Walt’s pledge," says Tom Staggs, chairman, Walt Disney Parks and Resorts. "We think these

elements are great complements to the Norway Pavilion, which showcases the country and region that inspired the film."