Comic-Con: What You May Have Missed from the Show Floor 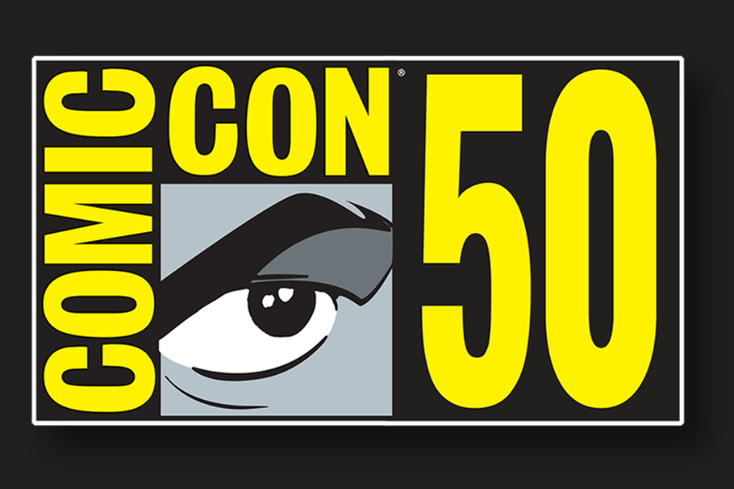 This year, Comic-Con highlighted the ever-growing presence of unique collaborations and consumer product exclusives from entertainment companies both big and small.

Amid the trailer drops, celebrity signings and epic cosplay, swag continues to be at the heart of Comic-Con year after year. From exclusive collectibles to high-fashion character gear, the annual pop-culture event is a giant fan store for devotees of just about anything.

This year’s event saw the return of franchise stables and some new faces joining the ranks of exclusive content on display. Here are some of the consumer product highlights you may have missed:

Believe it or not, the King of Monsters never made his way to San Diego, Calif. The Godzilla property never made its way to Comic-Con until this year courtesy of the property’s owner Toho.

In honor of Godzilla’s birthday year and new movie, Godzilla dropped by the event for

a slew of exclusive products and events

. A highlight from this year’s grab bag of items was a unique

Transformers Go Big for the Event

at Comic-Con. The toymaker’s crowdsourcing initiative is creating in a two-foot sized creation of the character. Weighing in at 19 pounds, it would be the biggest Transformer figure ever to be produced. The collectible will cost $574.99 if it reaches its crowdsourced goal of 8,000 backers. Comic-Con attendees were able to check it out on the show floor. Those who couldn’t attend the event can back the giant robot by backing the project on the

At this year’s Comic-Con, the Pop! figure makers announced two games that celebrate the company’s fan-friendly ethos. Both games, one digital and the other tabletop, highlight the company’s rapid plans for expanding out of their collectible roots.

is a collectible strategy board game that takes inspiration from pop culture brands including Harry Potter, “Rick & Morty,” DC Comics and” The Golden Girls.” It incorporates Pop! collectibles with brand new 3-inch figurines being introduced specifically for the game.

takes the competitive idea of the Funkoverse to your mobile phone. The multiplayer puzzler allows fans to play against each other through 60-second rounds, during which they attempt to match three characters to score points and complete quests to level up.

To find out more of what happened at this year’s event, check out