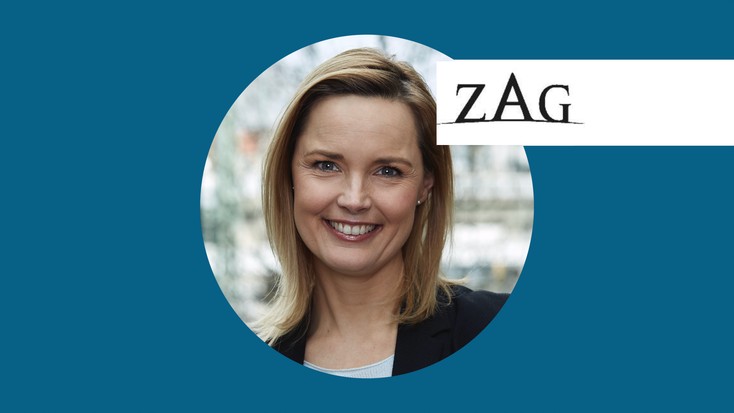 has launched a new global toy division to be spearheaded by Helena Perheentupa, former vice president, central, northern, eastern Europe and Russia, ZAG. The new toy arm is a division of ZAG Play – formerly known as ZAG Lab – which includes the licensing and merchandising, promotions and gaming groups. This announcement was made today by Jeremy Zag, chief executive officer and founder, to whom the ZAG Play division reports.

Perheentupa will serve as senior vice president of the new ZAG Play Toy Division, charged with developing a broad range of toy products. Perheentupa will work closely with the content development team and screenwriters to integrate the stories with physical play. The ZAG Play Toy Division will initially focus on new product lines for the company’s flagship property, “Miraculous – Tales of Ladybug and Cat Noir;” as well as “Ghostforce,” the latest series to have debuted.  Other projects include the

created and directed by Jeremy Zag and

set to star Katy Perry; and the most recently announced

ten-movie package to be co-produced with Cross Creek Pictures

, all of which include themes of self-discovery.

“We tell stories at ZAG that feature fresh and relevant superheroes to inspire children to love themselves and to discover themselves through the story,” says Jeremy Zag. “At the new ZAG Play Toy Division, we will leverage our unique point-of-difference as both an animation content powerhouse and a high-quality toy company to develop state-of-the-art products that empower children to see themselves as heroes through imaginary and aspirational play.”

Perheentupa, who will be announcing her new ZAG Play Toy Division team in the coming weeks, will present the first product lines at Nuremberg Toy Fair in February 2023.

”We will continue to work closely with Playmates, our master toy partner, and other trusted licensees in the toy space as we develop imaginative and complementary products that keep our brands highly visible at retail,” says Perheentupa. “Among the products we develop will be toy lines that for example, due to economies of scale, are not viable at the regional level for licensing partners, but with global retail placement, we will reach critical mass to manufacture them. Together with our partners, our new ZAG Play Toy Division will offer fans a wider range of inventive and original toys for fans to engage with our brands.”