Former Entertainment One executive to head up consumer products in Europe for ZAG. 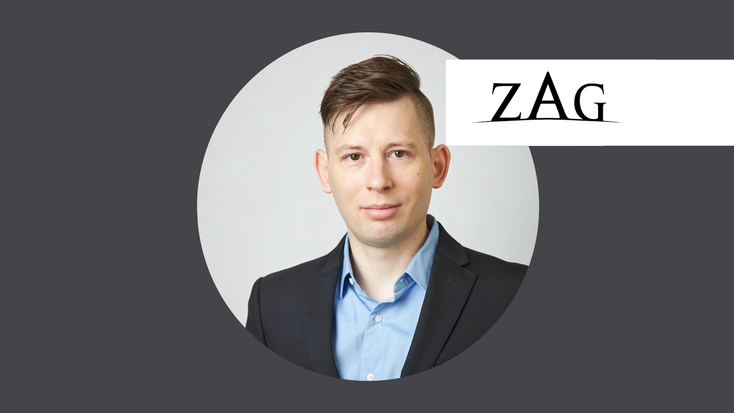 announced the appointment of Luca Bonecchi, formerly an executive with Entertainment One, to the position consumer products head, Europe (excluding Germany and France).

The announcement was made by Julian Zag, executive vice president, global operations and head, consumer products, to whom Bonecchi reports.

“Luca is joining ZAG at a very exciting time,” says Zag. “Across Europe, demand continues to be extremely strong for ‘

s’ with sales exceeding expectations across the board and expected to grow further with season five debuting this fall followed by the debut of our $100 million animated movie. Luca will also lead strategy for our newest IP ‘Ghostforce,’ which launched in fall 2021 across Europe on Disney Channel EMEA and immediately became a market leader, with a new toy line from ZAG and Playmates scheduled for release in 2023.”

of “ZAG Heroez” brands that include “Miraculous - Tales of Ladybug & Cat Noir” and the company’s newest property, “Ghostforce.” He will help further the company’s regional licensing agents including DeAPlaneta Entertainment (CEE), CPLG (GAS) and Megalicense (Russia).

Bonecchi takes over the role previously handled by Helena Perheentupa, who will remain with ZAG in a new senior management role, to be announced.  He joins ZAG from his most recent position as head, agent management, Acamar Films, following six years with Entertainment One, where he served as vice president, licensing, EMEA.  Previously, Bonecchi worked in licensing management roles at Sanrio and Giochi Preziosi.

“ZAG exploded onto the global scene with the cinematic superhero adventure series ‘Miraculous – Tales of Ladybug and Cat Noir,’ capturing the hearts of children and families everywhere with an ever-increasing fanbase that continues to eagerly await new projects and products from the company,” says Bonecchi. “I can’t wait to get started and further build on the tremendous success of ‘Miraculous’ and develop new opportunities for ‘Ghostforce’ alongside our current regional partners, including

and Edel who collectively will bring Halloween costumes, magazines, books and more to the market later this year.”