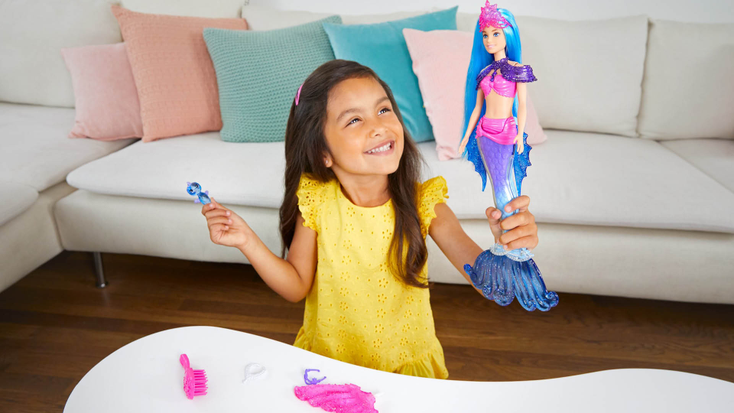 Mermaid Power” is a new, aquatic movie adventure that follows Barbie “Brooklyn” Roberts character’s debut as co-lead in “Big City, Big Dreams”. The release focuses on the character’s continued integration in the brand, with the announcement of a new adventure, “Barbie Mermaid Power”, premieres in U.K. cinemas on Oct. 14

The new release is set to build upon the history of mermaid content and the success of modern fantasy for the Barbie brand. Barbie’s life, stumbles, cultural impact and future were recently discussed in

, in his Brand Licensing Europe keynote.

The new adventure follows Barbie ‘Brooklyn’ Roberts, Barbie ‘Malibu’ Roberts, and her sisters Skipper, Stacie and Chelsea on an underwater adventure as they transform into mermaids to help save the world of Pacifica. In the “Barbie Mermaid Power” movie, Barbie and Barbie are summoned by Isla

(from Dolphin Magic) to compete to be the underwater ‘Power Keeper’ in a series of challenges designed to find their inner powers.

“Barbie Mermaid Power” will also be represented in the latest update to the “Barbie Dreamhouse Adventures” mobile game, available now for free. The update features a new underwater adventure with Malibu, Brooklyn, and friends where gamers can explore hidden corners of the deep ocean in Pacifica, discover new fashion outfits and decor for magical summer vibes, and compete in a new fashion challenge.