Psyonix and Ford announce the Ford Bronco Raptor RLE Bundle will be available in “Rocket League.” 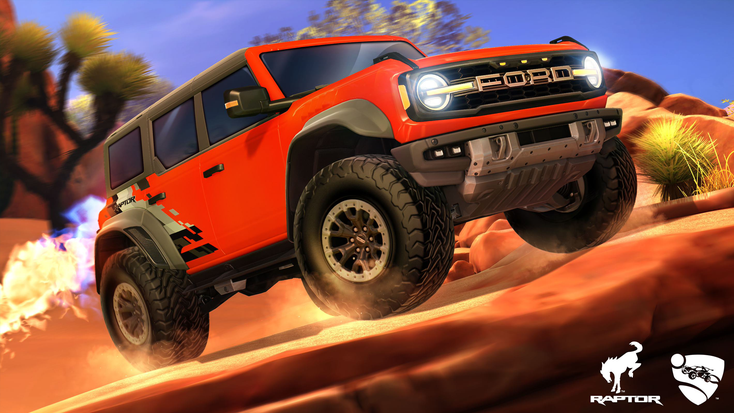 In addition, Ford has again teamed up with “Rocket League” Esports as an official sponsor of the “Rocket League” World Championship Events in Fort Worth, Texas, which began on Aug. 4.

Bronco Raptor, the newest member of the Bronco outdoor brand of Built Wild SUVs, is said to be the world’s first Ultra4 Racing-inspired SUV and the most powerful street-legal Bronco ever.

All World Championship Events and the FordFreestyle Invitational can be viewed on Twitch.