ZAG and Ferrero Partner for Miraculous Promotion Across Europe 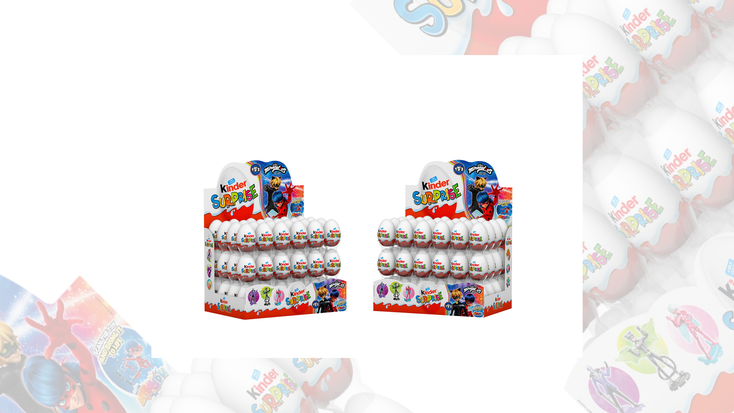 , has signed with Italian chocolatier,

, for a European multi-territory in-store fall promotion for its flagship property, “

,” across its Kinder Surprise Maxi eggs.

“Ferrero’s Kinder Surprise eggs continue to be as popular today as ever with children and adults alike,” says Hyde Schram, vice president, global partnerships, ZAG. “With this new promotion, we are once again combining two powerful brands to bring these tasty chocolate treats and beloved characters to existing and new audiences across Europe.”

Brokered by ZAG and

special and Renren from “Miraculous World: Shanghai – The Legend of Ladydragon.”

Related:ZAG and Danone Partner for ‘Miraculous’ Food and Beverages

“Ferrero’s chocolate and confectionery products are well-known among families and children and their marketing strategy is one of the finest of the market,” says Sara Redolfi, category manager, DeAPlaneta Entertainment.  “We have been collaborating with Ferrero since 2018, and they continue to be a strategic partner for the ‘Miraculous – Tales of Ladybug & Cat Noir’ brand. We are confident that the target audience will respond enthusiastically to the promotion.”