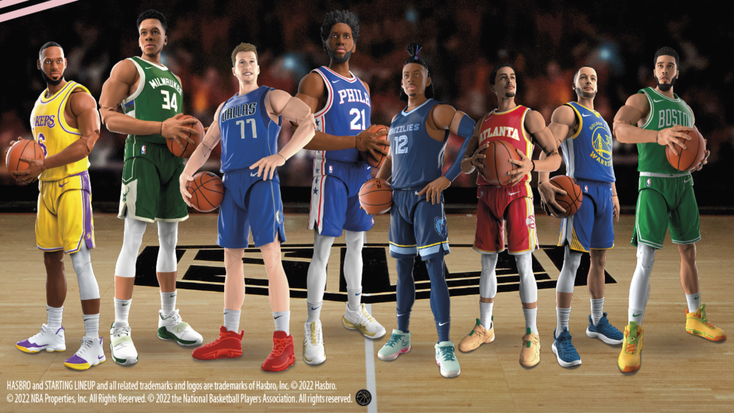 The initial series of Starting Lineup NBA figures are now available for pre-order, exclusively on Hasbro Pulse and across the Fanatics network of online sites.

"This is a proud moment for the company as we celebrate the return of the Starting Lineup brand," says Eric Nyman, president, chief operating officer, Hasbro. "We are grateful to our partners in helping us reintroduce these fan-favorite collectibles to a new generation of sports fans and collectors while bringing some of the biggest names in the game to an all-new action figure form."