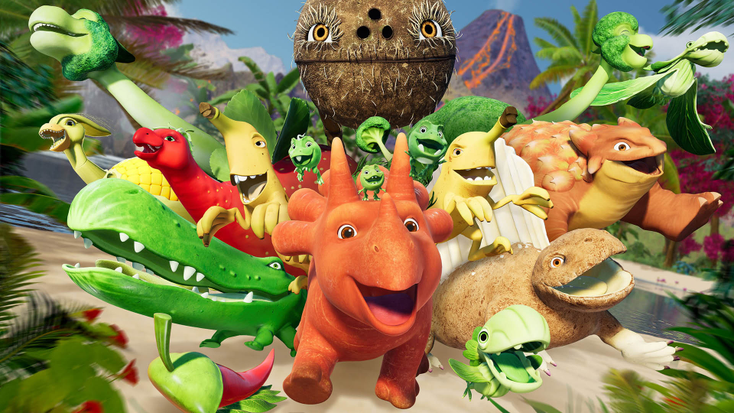 (U.K.) have joined forces with the new preschool series, “Vegesaurs.” The publishing house has acquired international rights (excluding Australia and New Zealand) in all languages for an extensive global publishing program, which will include a range of formats. The first publishing program is set to launch in the spring with two picture books, followed by two story board books next summer, with more to follow.

The agreement follows a recent broadcast deal with the

, which sees the launch of the CGI, comedy-adventure series on

and BBC iPlayer later this year in the U.K. The series is produced by independent Australian producer, Cheeky Little Media, in association with the Australian Broadcasting Company (ABC), France TV and Studio 100.

engaging roster of characters and stories,” says Nicole Pearson, publishing director, brands and media, Macmillan Children’s Books. “We can’t wait to extend the adventures of Ginger the Tricarrotops and her friends into books.”

“We are extremely happy to collaborate with Macmillan Children’s Books,” says Martin Krieger, chief executive officer, Studio 100 Media. “As publishing partners, they are a perfect fit for this new brand. Macmillan shares a core ambition with Studio 100 Media to engage children with humorous stories and to offer support to families through soft learning and our publishing will reflect this. We look forward to developing our partnership in the coming years.”