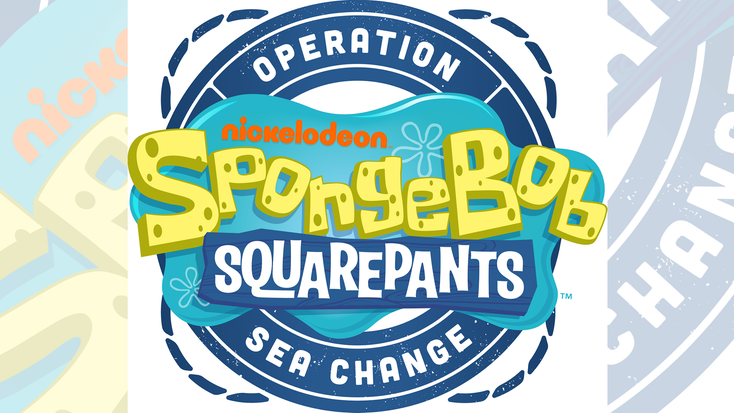 Paramount Consumer Products will work with current “SpongeBob SquarePants” consumer products partners to drive more sustainable practices and reduce single-use plastic in products, and curate partnerships with new brands to create innovative product lines. Additionally, the initiative will engage “SpongeBob” fans around the world with on-the-ground events and educational resources that connect them with ways to become a part of the movement and act in their own communities.

“Since its debut almost 25-years ago, ‘SpongeBob SquarePants’ has become globally beloved for its contagious

optimism and irreverent humor, but at its core the series has always had an intrinsic connection to the sea leading us to launch “SpongeBob SquarePants:” Operation Sea Change to help protect the home of the very creatures that inspired Bikini Bottom,” says Veronica Hart, executive vice president, global franchise planning, Paramount Consumer Products. “With this initiative not only are we funding change but reinventing how we do business by creating a connected global effort around sustainability, while also being afforded the opportunity to honor the legacy of the incomparable Stephen Hillenburg, marine biologist and ‘SpongeBob SquarePants’ creator, who was so deeply committed to preserving our oceans and marine life.”

At launch, the program will mobilize a network of global non-profit partners that further the goals of “SpongeBob SquarePants:” Operation Sea Change. These efforts, which have been funded through grants from the SpongeBob SquarePants: Operation Sea Change Fund at Tides Foundation, aim to help protect the ocean from plastic pollution and biodiversity loss through on-the-ground clean-up events in cities around the world. Paramount Consumer Products will also work with licensing partners to launch SpongeBob branded products that feature zero or reduced single-use plastic and rally consumers to get active through education and information about conservation-focused organizations they can support.

Consumer products partners launching in 2022 and early 2023 are:

In 2023, the initiative will expand to include: new partnerships and products, additional short-form content that will help educate fans on the ocean plastic crisis and on-the-ground clean-ups and activations that will allow fans to get involved. Further details will be announced later.