U.K. Grime artist Stormzy has joined the digital front in the London set “Watch Dogs: Legion” as a playable character. 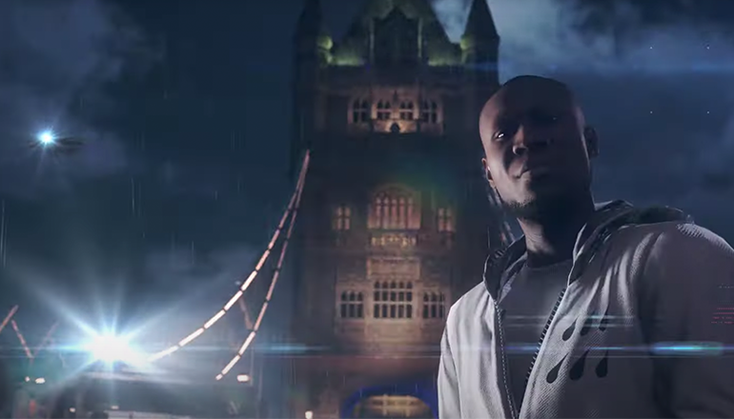 Brit Award-winning U.K. artist Stormzy has been announced as a playable character in a section of Ubisoft’s upcoming “Watch Dogs” game.

, the game developers own virtual conference-style event series, Stormzy gave a behind-the-scenes look at his part in the game as well as his new music video for “Rainfall” which is also confirmed to be part of the game.

“When we asked Londoners who was an artist who would really reflect and underscore the themes of ‘Watch Dogs: Legion,’ so speaking for the oppressed and holding those accountable, there was one name that came up over and over again,” says Clint Hocking, creative director, Watch Dogs: Legion during the Ubisoft Forward reveal. "This guy went from freestyling in the London underground scene to headlining Glastonbury in less than five years, he’s had massive critical and commercial success, he’s been on the cover of

, he’s won dozens of awards and he’s used his voice to speak up and fight for social and political change.”

mission Fall on My Enemies, where players control the grime artist, will be available during the full game launch on Oct. 29.

SAS Ubisoft will be attending this year’s

virtual event. To see what they and many others have to offer,