All Elite Wrestling has grown to become one of the biggest wrestling promotions in the world in just its second year. 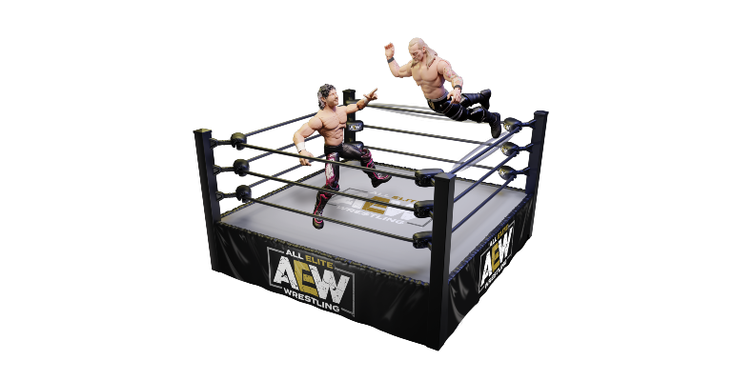 All Elite Wrestling has taken the wrestling world by storm since debuting last year. The brainchild of professional wrestlers Cody Rhodes, Matt Jackson and Nick Jackson, AEW has proven a hit in the wrestling world with talent and investors signing up to enter the literal – as well as metaphorical – ring.

With investments from the Khan Family – who are part of the ownership group for both the Jacksonville Jaguars and Fulham F.C. – AEW has quickly struck international television and streaming deals. Its top talent, such as former WWE star Chris Jericho and The Young Bucks, has also helped spur an active licensing program with a consistently growing cavalcade of licensees.

When asked what makes AEW different from the rest of the big names in the sport, Mark Caplan, who leads licensing and merchandising for AEW, credited the promotion’s passionate fans and modern approach to the ring.

"AEW is about more than wrestling," says Caplan. "It's a movement fueled by fans. Focused on fast-paced, high-impact

A Promotion for Modern Wrestling Fans

A modern approach is clearly seen in AEW's licensing program. From a print-on-demand structure in the promotion's early days to a robust online presence across all channels, AEW has found a way to connect with fans in the modern era.

Moving into its second year, Caplan and the AEW team are aiming to expand things even further with extensions in its retail partnership with Hot Topic and growing interest following its T.V. deal with TNT.

"This past January, we announced a multi-year TV extension with TNT, which will certainly help build out partnerships in other areas of licensed product for our millions of fans," adds Caplan.

AEW has strong ties in the U.S. already, but since its inception, the promotion has had an eye on reaching international fans. As streaming becomes the new normal and wrestling expands in popularity throughout the world, AEW has reached a global fan base in just its first year.

"Wrestling has had a huge reach in countries like India, China, Japan, and we plan to be there," adds Caplan. "These distribution deals will enable us to build a footprint for licensed products in a multitude of categories."

What's Next for AEW?

In only its second year, AEW plans to ramp up licensing efforts in the coming months. The promotion just announced a toy deal with Jazwares for its first-ever line of action figures and role-playing collectibles. Jazwares' AEW Unrivaled line will feature fan-favorite wrestlers such as AEW World Champion Chris Jericho, Cody, The Young Bucks, Kenny Omega and Jon Moxley. In the next few months, AEW will also have additional announcements scheduled for New York Toy Fair and Chicago Comic-Con.

While we are currently focusing on the main licensing pillars like toys, console/mobile games, and apparel, we do plan to expand category offerings in the months ahead," reports Caplan.