This year&#39;s toy fair season will culminate in New York City with a remarkable lineup of blockbuster toys from the world&#39;s largest licensors and licensees. 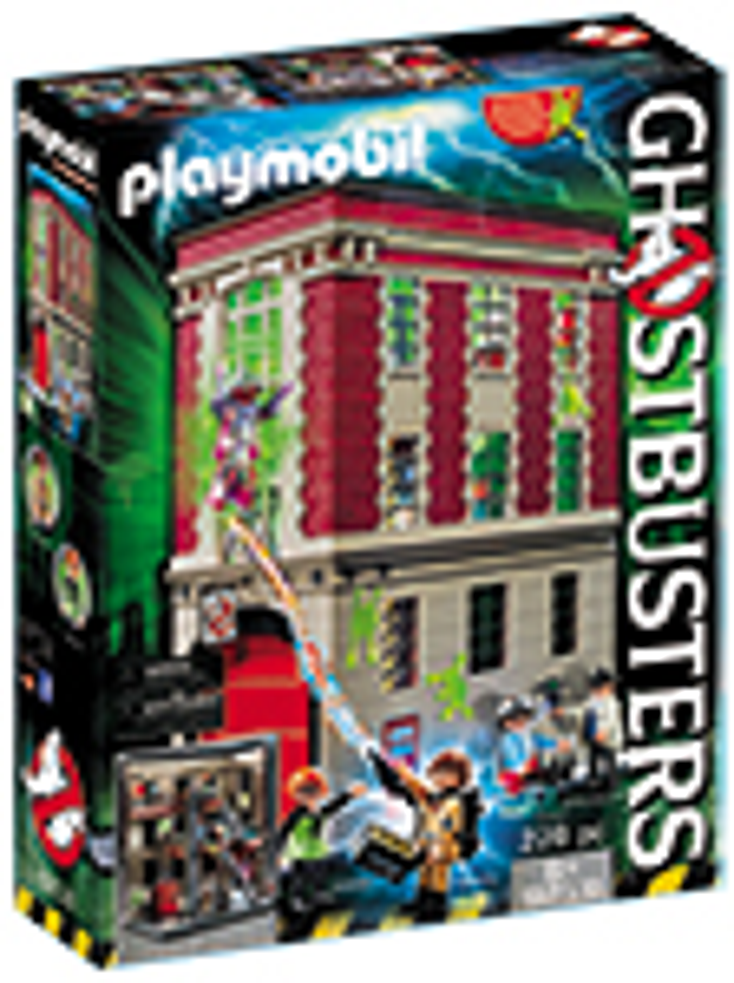 This year's toy fair season will culminate in New York City with a remarkable lineup of blockbuster toys from the world's largest licensors and licensees.

Toy fair season is here once again, and as it heads into the final stretch with New York's International Toy Fair, Feb. 18-21,

has rounded up a number of the newest toys that are sure to fly off the shelves throughout 2017.

Toy fair season launched Jan. 9 in Hong Kong at the Hong Kong Toys & Games Fair. The U.K.'s annual event, The Toy Fair, hosted by the British Toy and Hobby Association, kicked off Jan. 24, followed by Nuremberg Toy Far, Feb. 1-6. The shows will culminate with the Toy Industry Association's New York show, which is set to showcase companies from 30 countries and more than 100 first-time exhibitors.

According to retail sales data from The NPD Group, U.S. toy sales grew by 6 percent from January through September 2016, and for the entire year NPD estimated toy sales would be up approximately 6.5 percent. In addition, popular toy categories like collectibles, action figures, and games and puzzles all posted year-over-year growth through September and are on track

to continue to flourish throughout the year.

So, what hot trends can you anticipate to see in the toy sector this year? Well, in addition to an array of new products spanning collectibles to play sets, you can also expect to see a raft of hit properties, both classic and new.

First, the Walt Disney Company is entering NY Toy Fair with a robust lineup of film and television brands–including

Highlights from Disney's extensive lineup include

Guardians of the Galaxy Vol. 2

, which will see the addition of action figures as well as more interactive toys based on the film. The leading ladies of the Marvel Universe will also continue to be front and center within the action portfolio as well.

Other highlights from this year's roster include "Tangled the Series," which is set to debut this March and will feature toys based on key elements of Rapunzel's life, including art, adventure and, of course, her hair. New products inspired by the series are slated to launch later this fall. "Elena of Avalor" will also see a swath of new toys in a variety of categories such as music.

universe, Disney is set to launch a series of new toys and collectibles featuring favorite characters such as Rey and BB-8. Finally,

will bring its popular characters back to life with both innovative and traditional play products.

Overall, Disney will add an array of interactive toys, collectibles, play sets, action figures and dolls, role play items and more to all of its key properties this year, and as the world's No. 1 licensor (according to

's Top 150 Global Licensors report), the company's extensive toy lines are sure to fly off the shelves this year.

, the entertainment giant plans to unveil all-new toy categories as well as an extensive multi-category program, which will be supported by partners like Hasbro, Thinkway, WowWee, Ty, Moose and Mega Bloks, among many others. The new ranges will include new collectibles, construction sets, specialty items, innovation products and more.

toy program will be anchored by the franchise's global master toy licensee Mattel, which will introduce

Basic Stunt Stars and marks the first time that the franchise's characters will be incorporated into vehicle play. Mattel is also set to debut a feature RC: the Fast & Furious Dom's Turn & Burn Dodge Charger. The toy program will also be supported by a series of other licensees, including Jada Toys for collectible die-cast vehicles.

NBCUniversal will also be showcasing a special preview of Hasbro's 2017

, which is set to hit theaters this June.

Additionally, the company has tapped Playmobil to launch two new play sets based on DreamWorks Animation's

franchise. The first set will feature the film's main characters Hiccup and Toothless and includes a blue fire dart, flame sword, helmet and other accessories, allowing kids to help the heroic duo protect the village of Berk and its dragon friends. The second play set will feature Astrid and Stormfly, and includes a saddle and battle axe.

movie. The first set, the

Warner Bros. Consumer Products also has a number of offerings planned for this year's toy fair season, including programs for

Hasbro is set to unveil a series of toys for both its in-house brands–including My Little Pony, Transformers, Nerf, Littlest Pet Shop, Play-Doh and Monopoly–as well as licensed properties such as Marvel,

Kicking off Hasbro's lineup is "Hanazuki," its newest entertainment "franchise-brand-in-the-making." "Hanazuki" is Hasbro's first-ever animated digital series and premiered on YouTube and the "YouTube Kids" app last month. The brand will be supported by a robust toy line–which will launch at select retailers in June and globally in August–that features more than 175 collectible treasures and figures, plush items and a Bluetooth-enabled and app-connected wearable.

Meanwhile, heritage brands like My Little Pony and Transformers will continue to solidify their places in pop culture with the debut of

My Little Pony: The Movie

in October alongside robust product lines.

Additionally, Hasbro has signed on to expand its licensed toy offerings for upcoming Marvel, Disney and

Finally, the toy company will utilize the Nerf brand to introduce a new active play experience with the Nerf Nitro stunt car blaster. The Nerf Nitro line of launchable foam vehicles and blasters are set to debut with more than 40 vehicles to collect and play with, customizable stunt sets and accessories.

Key lines the company has planned for 2017 comprise the

Additionally, Spin Master will unveil a new brand, called Luvabella. The new toy is a "modern evolution" of the classic baby doll and will combine nurturing play with advanced robotics such as life-like sculpting, facial expressions, sounds and more.

Discovery Consumer Products is heading into NY Toy Fair with new products from an array of partners for both the Discovery and Animal Planet brands.

MasterPieces has signed on to add new animal and wildlife images to its puzzle line. New puzzle images will include jungle life, ocean life, forest life and safari life themes in addition to focuses on specific animals such as giraffes, cheetahs, peacocks, lions and more.

Wild Republic will also continue to develop its line of Animal Planet plush with a slate of new designs set for 2017. The company also provides Discovery's Shark Week plush offering based on the annual summer event.

For the Discovery brand (formerly Discovery Kids) licensees including Horizon Group USA, Sakar, The Bridge Direct and Merchsource will display "smart fun" products including science activity kits based on weather and chemical reactions; youth electronic products such as a waterproof speaker and camera; and reel packets for Mattel's View-Master retro toy.

The Discovery brand will also continue to expand this year and is currently seeking partners for ride-ons, board games, card games, outdoor, sporting goods and preschool toys.

The television presence at NY Toy Fair doesn't stop with Discovery's programs. Entertainment One will unveil a wide array of partners and collections for its preschool series "Peppa Pig" and "PJ Masks."

Meanwhile, Kent International will debut a themed bicycle, complete with character graphics and a Peppa-shaped handlebar bag. Kidz Toys will also showcase a four-piece wood-crafted musical set that includes a tambourine, xylophone and striker, slide whistle and clacker in the shape of Peppa's head. Jazwares is also set to unveil a new extension of Princess Peppa-themed items, such as a castle and a carriage.

Beyond "Peppa Pig," eOne has also secured a wide array of new partners for its popular series "PJ Masks"–including First Act for a ukulele; Little Kids for a bubble machine; Playhut for vehicle toys; Swimways for a swim vest; and What Kids Want for a branded bowling set.

Jazwares will also head into New York's International Toy Fair with a swath of toys for brands including "Chuggington," "Hey Duggee," "Molang," "Roblox," "Assassin's Creed" and many more. The company will also expand its lines for "Animal Jam," "Minecraft" and "RWBY."

This year, almost all of Jazwares' ranges will expand through a variety of action figures, vehicles, role play items, play sets, blind bag collectibles, plush with sounds and more. The toy company will also relaunch First Act, a musical instruments brand for kids.