Two items in the collection are Walmart exclusives. 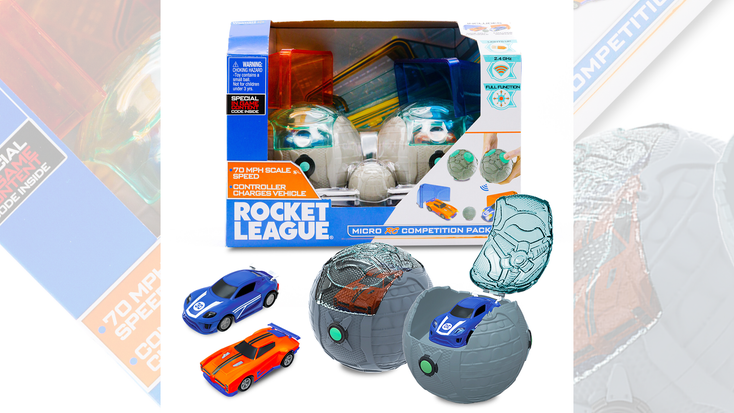 , has released a line of customizable and remote-controlled replica cars based on the video game, “

The branded collection includes a “Rocket League” Micro RC, available in four models, a 2.75-inch remote-control vehicle that features lights and acceleration, a goal, a game ball, and a controller that stores and charges the car.

The “Rocket League” Custom Racer RC vehicles are 8 inches in length, available in two models and customizable, while the “Rocket League” ZSR Smoke RC is an 11-inch six-channel remote control vehicle with an illuminated smoke boost option and LED under-glow lighting and includes a rechargeable lithium-ion battery that can be charged via USB.

Also part of the launch are two Walmart exclusives: the “Rocket League” Light Blast Racer, which is 9 inches in length and features working headlights and taillights, flashing lights, light-up toppers and translucent interchangeable wheel covers and the “Rocket League”

“Funrise is thrilled to finally reveal our line of replica customizable and RC cars,” says Anna Cieslak, director, licensing, Funrise. “Now players can take their favorite ‘Rocket League’ vehicles out of the screen and into the hands of fans.”

The new collection is available at Walmart, Target.com, Amazon and other major retailers in the U.S.