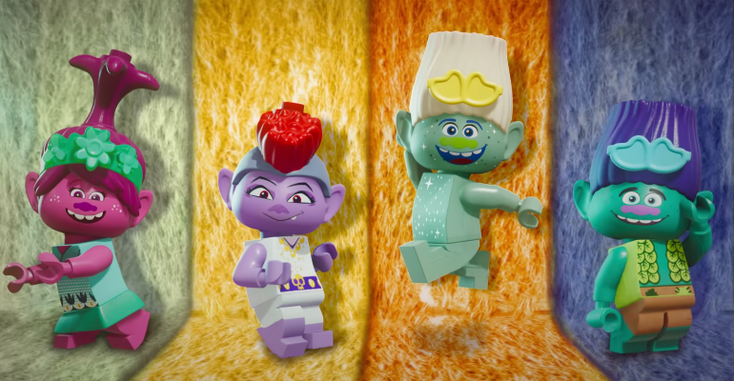 In celebration of this year's all new LEGO “Trolls World Tour” building sets, the first-ever LEGO music video for the film has debuted on the Peacock Kids YouTube channel.

With a wave of color, music and glitter, the video features the film's theme song, "Just Sing." It marks the first time the original characters from the film are featured as LEGO versions of themselves.

Multiple new sets have been released for the holiday season as well, including:

can be seen on Peacock Kids’ YouTube channel here.