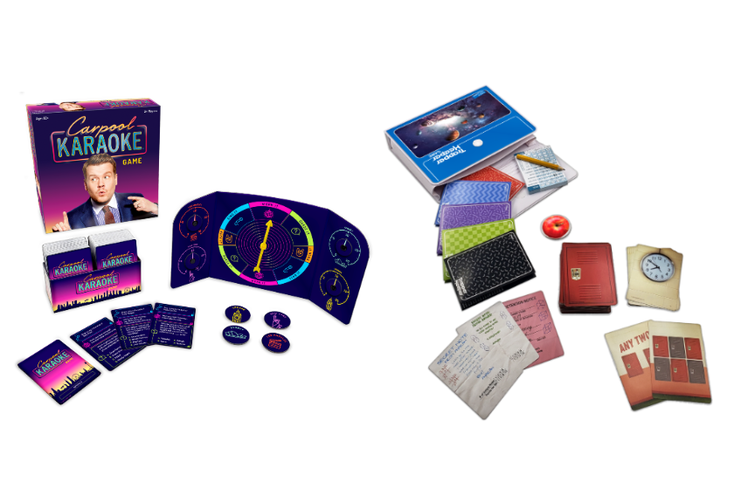 Big G Creative has launched two new board games with the debut of a “Trapper Keeper” game and the “Carpool Karaoke” game.

The “Trapper Keeper” game challenges players to school their competition by collecting scored cards and stashing them in their Trapper Keeper folders to get the highest score. Game Trapper Keepers will come in three vintage designs including rainbow unicorn, palm tree sunset and psychedelic outer space. The folders artwork is inspired by the images that caused a stir when they were introduced to students in 1978.

The “Carpool Karaoke” game is inspired by “The Late Late Show with James Corden’s” car ride singalongs with celebrities, which will be exclusively at Target stores nationwide. In the game, licensed by CBS Consumer Products, players compete as teams to sing their hearts out and flaunt their best celebrity impressions, dance moves, and “Carpool Karaoke” trivia knowledge.