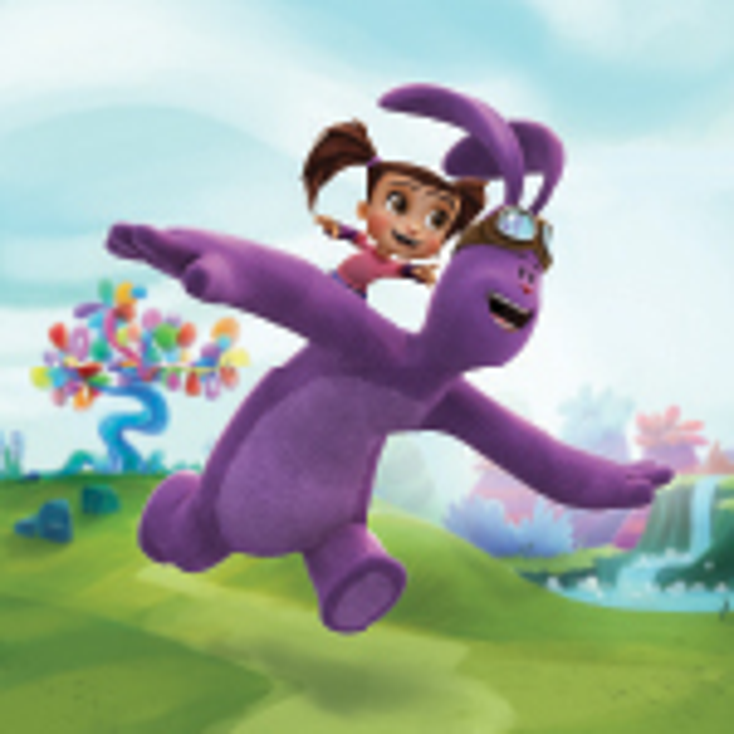 FremantleMedia Kids & Family Entertainment is poised for a knockout year of growth for its successful children's properties, with internal and external moves to strengthen its brand positioning globally.

The company recently named Rick Glankler as its executive vice president and general manager, and he is charged with expanding a number of FremantleMedia's properties around the world. With his extensive background in licensing and kids' properties, Glankler will be focused on growing FremantleMedia Kids & Family Entertainment's portfolio into truly global franchises. And according to Glankler, the company is well on its way.

"We have great brands in every phase," he says. "FremantleMedia Kids & Family Entertainment brands connect with children and families around the world and across multiple touchpoints, including television, digital, theme park

attractions, toys and other licensed merchandise, and now we're expanding their reach by rolling out the properties globally."

FremantleMedia Kids & Family Entertainment's strategy is to build properties from the ground up, starting with top-rated animated shows.

"Everyone says that success is all about strong animation and storytelling, and we're really delivering with ratings results," says Glankler.

The company's shows are aired around the world on all major networks and in all major territories on every continent. 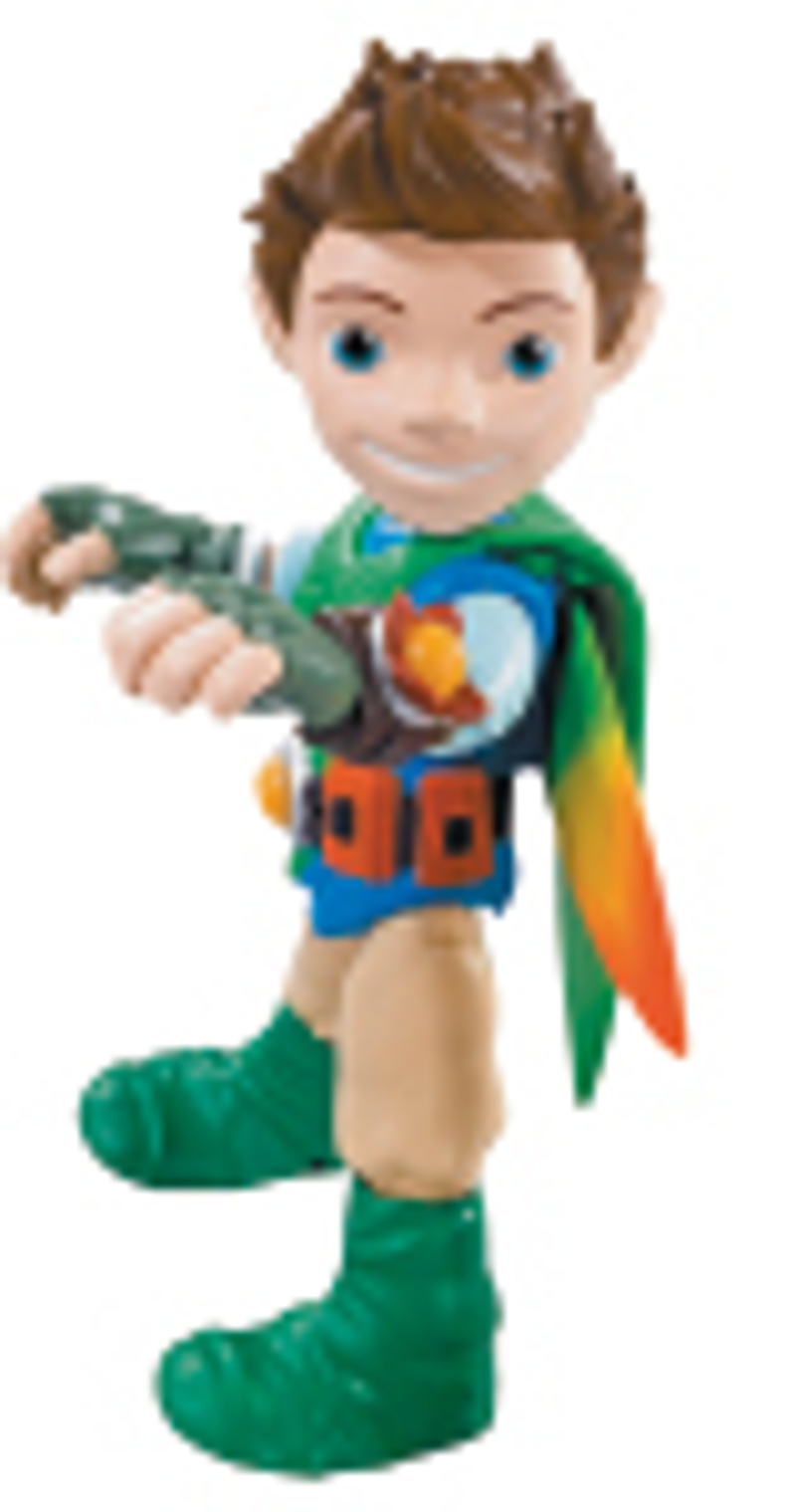 "Tree Fu Tom," an animated series about a young boy who can transform into a tiny but magical superhero, is the company's most mature property. The show follows Tom on his adventures in the enchanted kingdom of Treetopolis, which he visits through a tree in his garden.

The TV series is aired in more than 75 territories including the U.S., Canada, Latin America, France, Spain, Italy, New Zealand, Singapore and Thailand. In 2012, the show was the highest rated preschool show in the U.K. and continued to rate highly in 2013. "Tree Fu Tom" was also No. 1 in its timeslot in Finland, Norway, Sweden, Malaysia and Latin America. In the U.S., the show outperforms Sprout's day part average by 91 percent, according to FremantleMedia.

"The show has great storytelling and animation with exciting action," says Glankler. "We're transitioning from a new brand to a brand with longevity, with 25 licensing partners signed in the U.K."

Brand extensions include a new Tree Fu Tom Training Camp attraction at CBeebies Land in Alton Towers, which launched at the end of May. Tom will also be featured at Thomas Cook resorts across Europe in a promotion that should reach more than 80,000 British children on holiday. Tom was also recently featured in a live show in malls around the U.K.

"New live events will deepen the consumer experience with the character," says Glankler.

Master toy partner Vivid has developed a line of toys that reflect the show's personality, and FremantleMedia has partnered with Fashion U.K. for apparel; Character World for bedding and bedroom accessories; Kinnerton for confectionery; Blueprint for stationery; Danilo for greetings cards and calendars; Cooneen and Misirli for underwear, nightwear and socks; Spearmark for lunchware, drinkware, tableware and lighting; Carlton Books for publishing; Jumbo for puzzles and games; and Zeon for timepieces and accessories. 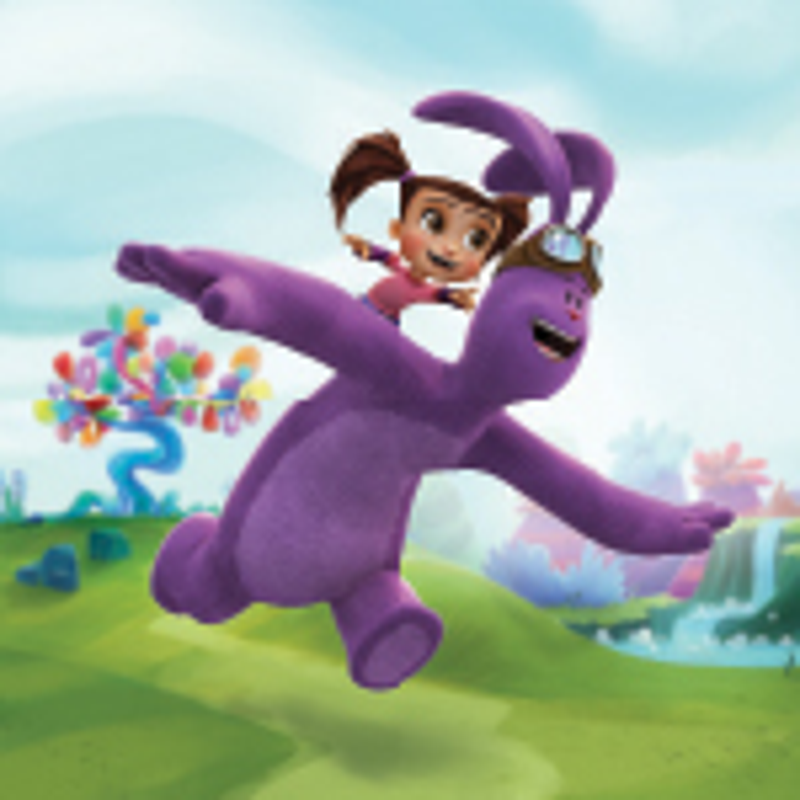 "I'm a believer in continuing to nurture our strategic partnerships as we build new brands into true global franchises," says Glankler. "We have adopted a 'slow-burn' strategy for the brand where we establish a strong connection with the audience and build on that with a slow launch. We have a best-in-class marketing program and just started launching product that we're really excited about."

The company's "Max Steel," a co-production with Mattel, is a science fiction/comedy and CGI–animated series. It has been sold to more than 150 territories globally and airs on Disney XD in the U.S., the Netherlands and Poland, and Cartoon Network in Latin America, Asia, Australia and Spain. In the U.K., where the series airs on Nickelodeon, "Max Steel" was ranked the No. 1 show in its timeslot among boys ages 6 to 12, according to FremantleMedia, and the brand is the top boys' brand in Latin America.

The second season of "Max Steel" launched in April and was timed to a new line of toys from Mattel.

Based on the award-winning

book series created and illustrated by Carmela D'Amico and Steve D'Amico, the series follows the adventures of Ella and her friends on Elephant Island. 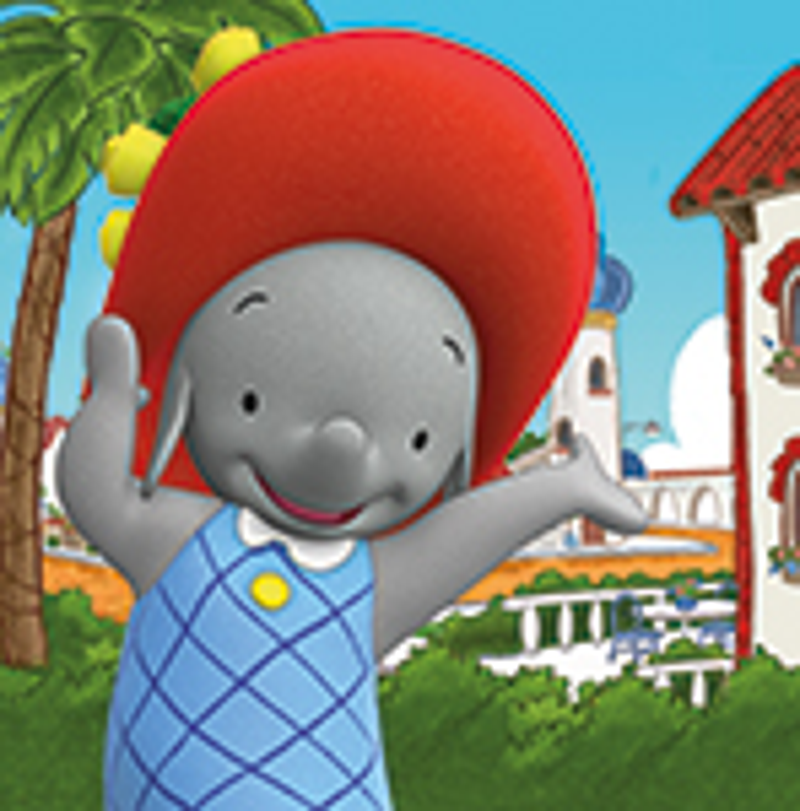 FremantleMedia Kids & Family Entertainment has sold the preschool property in 13 markets to-date including Australia, Indonesia, Norway and Poland, as well as to Disney Latin America. A global master toy announcement is in the works.

"Kate & Mim-Mim" is the company's summer preschool buddy comedy launch. A CG-animated series about the fantastical adventures of 5-year-old Kate and her toy bunny Mim-Mim, the show follows Kate's travels to the imaginary world of Mimiloo, where Mim-Mim comes alive as a larger-than-life playmate.

In each episode, Kate, Mim-Mim and their gang of friends discover new places and set off on adventures, hoping to solve a puzzling problem Kate has encountered in the real world. When the adventure ends, Kate returns to the real world to tell her parents all about her adventures and how she and Mim-Mim have saved the day.

"Kate & Mim-Mim is really a brand for today's girl," says Glankler. "So many series are focused on being a princess. This series fills a white space in the market that addresses how complex girls are and how they can be anything they want to be–a princess or an astronaut."

"Kate & Mim-Mim" will premiere on CBeebies U.K., BBC Kids and Knowledge Network Canada this year. FremantleMedia Kids & Family Entertainment holds the exclusive worldwide distribution and licensing rights to the property outside of Canada and will be forging strategic licensing partners.

With expanded opportunities for mature brands, the growing success of fledgling brands and new brands launching, FremantleMedia Kids & Family Entertainment has the market covered. The company continues to look at new properties to enhance its portfolio.

"We continue to look for new brands for our pipeline," says Glankler. "We will continue to be a leader in family entertainment and one of the most dynamic independent producers, licensers and distributors of engaging and ground-breaking content in the sector."