The Grateful Dead Jam On 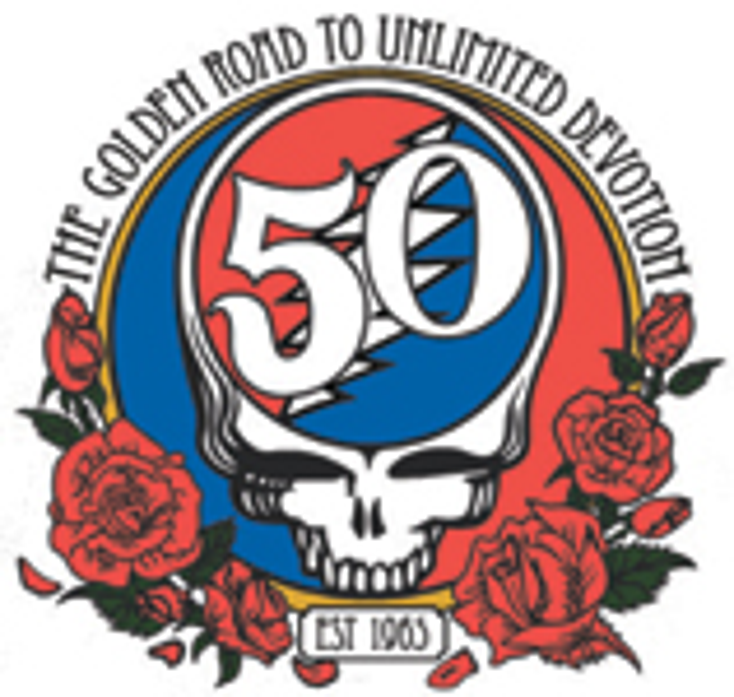 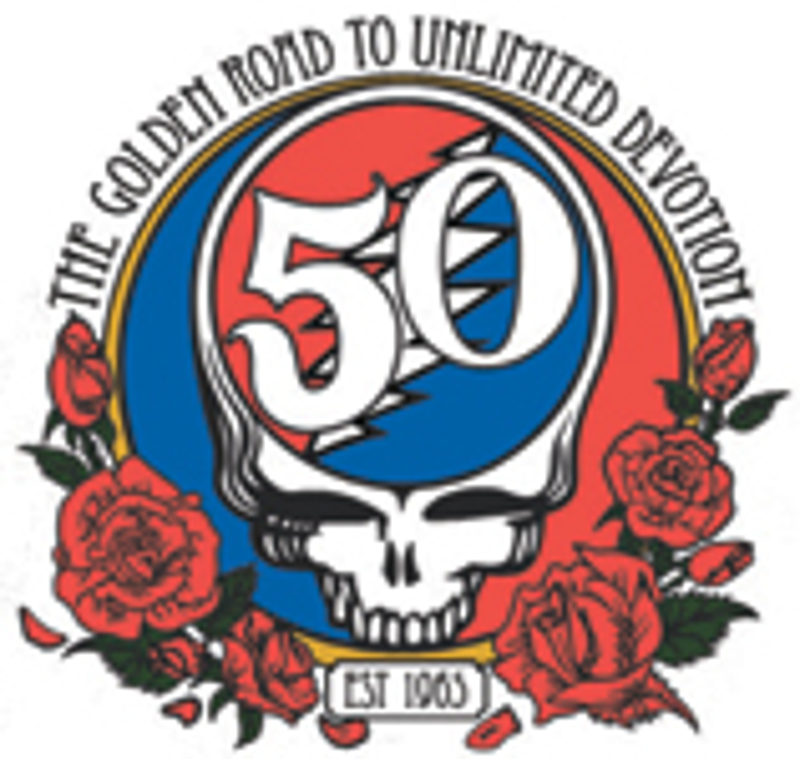 With its rabid fans (a.k.a. "Deadheads") that span generations, Rhino Entertainment is expanding the band's licensing efforts to mark the 50th anniversary of this pop culture phenomenon that rose to stardom in the clubs of San Francisco, Calif., during the counter culture, hippie movement of the mid-1960s.

Pinkus' enthusiasm reflects the breadth and scope of the Grateful Dead's licensing program. Through the years, Rhino Entertainment

has been able to leverage the band's distinctive images, creating reiterations from fans and various celebrity artists into thousands of variations and hundreds of licensed products across all retail sectors. From the readily identifiable Skull & Roses artwork that donned the cover of the group's first album in 1966 to the bold and classic 50th anniversary logo, Rhino Entertainment has established the Grateful Dead as one of the leading rock band licensing programs in the world. This popularity is underscored by the fact that the band has not performed publicly together in almost 20 years and has endured despite the loss of several original band members, including the passing of frontman Jerry Garcia in 1995.

"The timelessness of the music is the key element that defines the Grateful Dead's longevity," according to Pinkus. "The music was never trendy, and it never sounded like music of '60s, '70s or '80s. In fact, the Grateful Dead didn't have a top 10 hit ("Touch of Grey" from the

The other component to the Grateful Dead's enduring popularity, adds Pinkus, "is the freedom and excitement that the band was able to create at its shows. Now the spirit of the Dead lives on, and you either got it or you are yearning for it."

While rumors of a reunion of the remaining Grateful Dead members persist, there has been no official announcement by the band. In an interview earlier this year with

magazine, Grateful Dead guitarist Bob Weir addressed the 50th anniversary and said: "Let me start by saying that I'm already in my 50th year, so this is an ongoing process. We have to do something commemorative. I think we owe it to the fans, we owe it to the songs and we owe it to ourselves. If there are issues we have to get past, I think that we owe it to ourselves to man up and get past them. If there are hatchets to be buried, then let's get to work. Let's start digging. I'll just say, to my delicate sensibilities, that it would be wrong to let that go by un-commemorated."

However, a key initiative that has been announced, which will resonate among fans and certainly garner widespread publicity, is the official documentary that is being produced by Martin Scorsese and directed by Amir Bar-Lev. 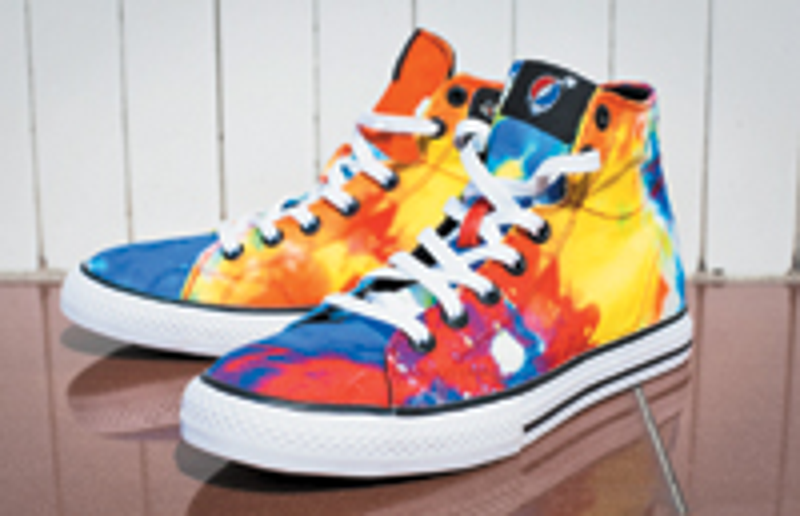 In addition, a new book by Grateful Dead drummer Bill Kreutzmann, is in the works.

Deal: My Three Decades of Drumming, Dreams, and Drugs with the Grateful Dead

from St. Martin's Press will be released in May to tie in with the band's 50th anniversary.

The popularity of the Grateful Dead and its licensing program can be attributed not only to their fans' desire to be part of the band's distinctive culture, but also to an innovative and organic approach to product development and collaborations that involve the fans and tie in with the band members' personal interests.

For example, Pinkus points out that the strong relationship and brand licensing partnership that has evolved with the San Francisco Giants stems from the fact that the band members are true fans of the baseball team and have performed the National Anthem there several times. Most recently, band members Phil Lesh and Weir performed prior to game three of the National League Championship Series in October. 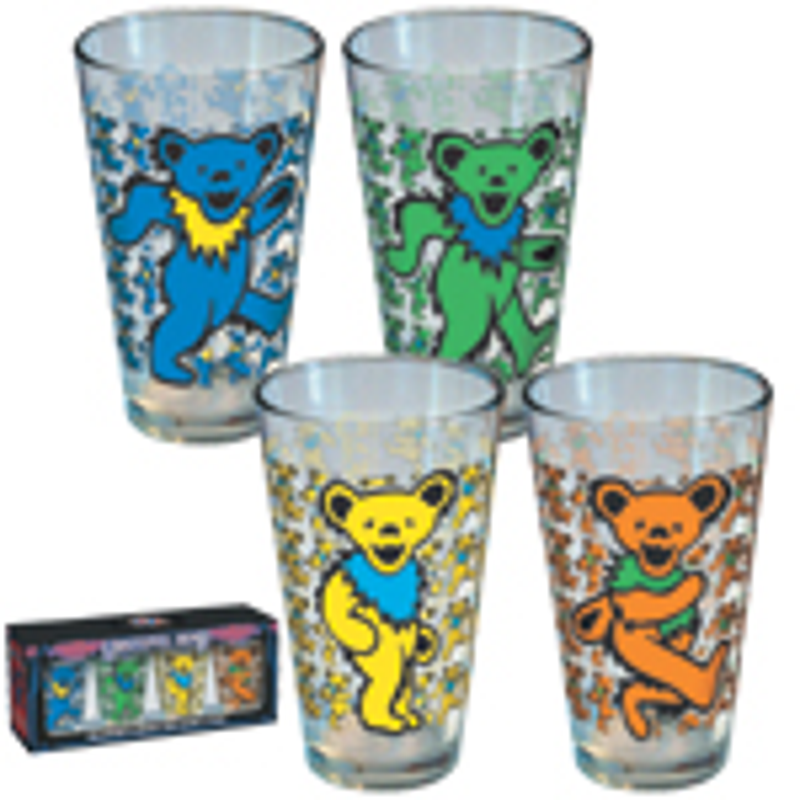 Another example, according to Pinkus, is Rhino's partnership with Dogfish Head Brewery and the marketing program that led to the creation of the Grateful Dead craft beer American Beauty, which was released last year.

"We included the fans in the creation of the product by asking them to choose one special ingredient that would be included in the beer. Granola was the ingredient selected from more than 1,500 suggestions," says Pinkus.

In fact, when Pinkus wears his Tommy Bahama-style shirt with the 13 point lightning bolt, which is a mainstay of the Dead iconography, he says: "I get stopped most for this shirt and I tell people, 'We are in a wonderful and weird club.'"

According to Pinkus, the seven images that are the most popular of Grateful Dead artwork are: 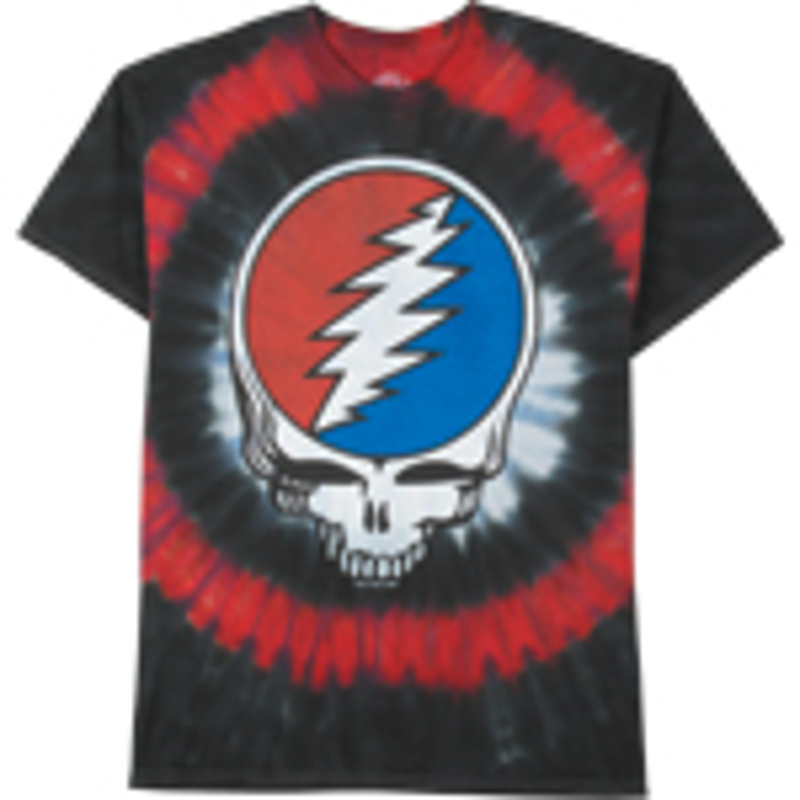 For the 50th anniversary, Pinkus says that Rhino Entertainment will focus on new music releases and apparel, which is the licensing program's core category, as well as product extensions with key existing licensees.

"We will have several audio releases and deluxe products that will blow away the serious Deadhead fan," says Pinkus. "We will create very cool, casual products and music releases to lure in a younger, new audience that never saw the band from 1965 to 1995."

He says that Rhino will look to expand products in the outdoor, sports and spirits categories.

The Grateful Dead has created numerous collaborations with top brands including streetwear brand The Hundreds, the aforementioned Dogfish Head Brewery deal, Burton for snowboards, SkiLogik for sporting goods and Converse for footwear.

In today's connected world, Rhino has further strengthened The Grateful Dead franchise through a SiriusXM radio station, a Facebook presence with almost 2 million likes and a strong website and e-commerce store that promotes exclusive, limited edition merchandise typically attached to new audio releases alongside a full assortment of general merchandise.

As Rhino Entertainment gears up for this special milestone in music licensing, the history and culture of the Grateful Dead will "keep on truckin'" for years to come.