Live events can turn a character or franchise into a worldwide, must-see experience for fans of all ages. 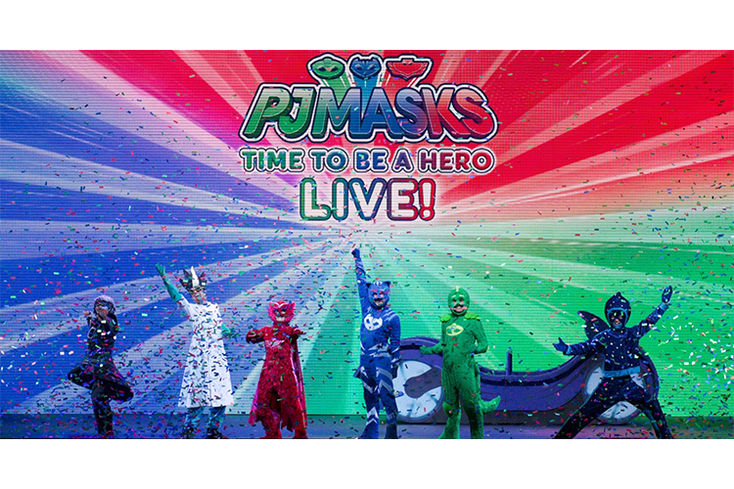 "Been there, done than, bought the t-shirt” is not just a saying, but how many people approach live events. According to a recent study of more than 22,000 people by Live Nation, 78 percent of those polled said that live events are an emotional experience. Of that poll audience, 63 percent are more likely to connect with brands.

The Live Nation study should be music to licensees’ ears. According to a report in The Motley Fool, total yearly economic contribution from the events industry is an estimated $565 billion.

Television and film franchises, as well as classic characters, are leaping off the screen and page and landing on stage, giving fans of all ages another way to engage with properties beyond traditional retail and e-commerce.

Like most habits, it’s best to start them young, and events are no exception. There are lots of live events aimed towards the preschool set. Acamar Films and Minor Entertainment have extended their U.K. stage show of the CBeebies animated children’s show “Bing

Live!” (where the characters are puppets) until April 2019; while DreamWorks Animation recently announced a Trolls world tour scheduled for 2020.

Sesame Workshop has two live shows currently in North America: “Sesame Street Live! Make Your Magic,” a new interactive stage production that aims to show youngsters the “power of yes,” and “Let’s Party,” where young show-goers can see what happens on the actual “Sesame Street.” Both shows are set to tour well into 2019.

Characters from children’s books are also making their way to the stage.

from author Eric Carle has a stage production that has toured Australia, the U.K. and the U.S. since 2015. Entertainment One has been working in live events for quite some time, as well, particularly with for its franchises “Peppa Pig” and “PJ Masks.” Its respective fan bases have followed the characters from the children’s TV shows through global live tours. eOne recognizes how important it is for young fans to connect with their favorite characters beyond the screen.

“Tactile, immersive experience has never been as important as it is now,” says Scott Ponsford, vice president, global experiential, eOne Family & Brands. “Encountering ‘Peppa Pig’ off screen and in real life provides shared experiences for families and memories that live long into the future, so we make huge efforts to get it right. We have an established experiential team based in London, and we work hard with our partners and with ‘Peppa’s’ creative team to make sure ‘Peppa’ remains distinctive in off-screen events. It helps if you can create a stand-alone world of ‘Peppa’ in one place, like Peppa Pig World, for example, or the new Peppa Pig World of Play where the creative teams can literally bring to life scenes, characters and themes from the animation series. So many of the themes and locations in the show have become iconic now that they are instantly recognizable and distinctive if the care and attention to detail has been taken. But the same attention to detail goes into making any real-life Peppa true to her screen self in all encounters, from meet-and-greets to our live stage shows.”

While “Peppa Pig” has made several world tours, “PJ Masks” is a relatively new live event for eOne. The franchise is making stops around the world and is expanding into new territories this year.

“‘PJ Masks Live’ has also already seen two successful tours in the U.S., has ventured into Latin America and expanded into Australia last month,” says Ponsford. “We aim to create activations that engage, interact and embrace young fans exactly as they’d expect from their favorite characters. Mostly, it ends in giant hugs, big smiles and a keepsake photo that is treasured for many years to come.

”Each new live event should tie into the franchise and its line of consumer products. For eOne, a live show is a continuation of fan engagement.

“Any live show is a chance to build on the strength of the programming and the products already in the market,” says Ponsford. “We’ve sold 500,000 tickets to-date, and ‘Peppa Pig Surprise’ will visit 40 cities in the U.S. just in time for the holiday season. As well as this often being a child’s first experience of live theater, the live show is a fantastic way to engage with the world of ‘Peppa’ that they know and love. They get to sing and dance and laugh with hundreds of other ‘Peppa Pig’ fans in real time. It’s also a show full of surprises, so it’s more than a reinforcement of the brand–it’s a whole new experience for fans on the day and memories to follow.”

Live events aren’t just for kids. There are global live events that are targeted to adults as well.

Universal Brand Development teamed up with Live Nation and launched “Fast & Furious Live,” an extension of The Fast and Furious film franchise. The tour launched in London at the O2 Arena this past January with stops in Austria, Belgium, Denmark, Finland, France, Germany, Italy, Netherlands, Norway, Portugal, Spain, Sweden, Switzerland and the U.K.

Now You See Me

films, scheduled to kick off in China in November.

The TV series “Nitro Circus” has paired with Base Entertainment and Caesars Entertainment for its first-ever residency at Bally’s Las Vegas inside the re-named Nitro Circus Theater. The stage show will launch in spring 2019 and will feature several action sports athletes performing tricks and choreographed stunts on a specially built set.

Live events also can be enjoyed by multi-generations via theme parks. Warner Bros. currently has a roster of live events, not only on tour, but at parks across the world. Like eOne, Warner Bros. recognizes that live events can keep an emotional touchpoint between fans of all ages.

Warner Bros.’ live events include The Wizarding World of Harry Potter at Universal Parks & Resorts locations, where there are multiple live shows inspired by the franchise (as well as several live shows around Universal Studios ranging from Minions to Bob Marley). WBCP partners also execute live touring shows such as “The Harry Potter Film Concert” and “Bugs Bunny at the Symphony,” featuring live orchestras that play in sync with alongside the film.

While the shows in The Wizarding World of Harry Potter at Universal are location based, fans can visit several times a year. The film concerts, however, tour the world, visiting noted locations such as the Hollywood Bowl in Los Angeles, Calif. and Lincoln Center in New York, N.Y.

For Warner Bros, its live experiences are designed to entertain their global fan base with themed experiences that are authentic, immersive and accessible.“Our themed entertainment business includes everything from world-renowned theme parks and lands to traveling shows and exhibits, says” Peter van Roden, senior vice president, global themed entertainment, Warner Bros. Consumer Products. “What’s great about touring shows like ‘The Harry Potter Film Concert,’ is that they allow for deepened fan engagement that may not otherwise be possible if there isn’t a theme park in the market.”

A way fans make it real for themselves is through social media. Every live event is a photo op, an experience to share with their followers.

“The ‘Instagrammable’ moment is a relatively new phenomenon, and volume of social coverage from these experiences is a huge indicator for us,” says van Roden. “These are emotional peak moments for people, and they want to share their experiences. Fans of our iconic brands like Looney Tunes and DC also have a considerable appetite for interaction with our characters."

In July, Warner Bros. executives saw the impact of meaningful interactions between fans and its characters first-hand at the opening of Warner Bros. World Abu Dhabi.

Live events at Warner Bros. World Abu Dhabi include “DC Super Heroes in Training” and “Meet Bugs! (and Daffy).” Both are interactive shows, where fans can stand side-by-side with iconic characters such as Wonder Woman, Batman, Bugs Bunny and Daffy Duck.

The park’s high-quality costume characters are making a memorable impact on visitors, who are lining up for photos.

“One of the pleasant surprises at the opening was walking around the park and observing guest’s interactions with fans,” says van Roden. “They will line up to take pictures with our costume characters. While we know the characters are a big part of the themed experience, we weren’t quite sure what the level of engagement was going to be in the region and were thrilled to see people lining up when ‘The Flintstones’ characters came out.”

In short, live events hits all emotions of fandom. “It’s a way to celebrate what you love,” says van Roden.