The Kraft Heinz Company celebrates its renowned brands by extending them into adjacent and surprise-and-delight categories through national, and soon global, licensed product programs. 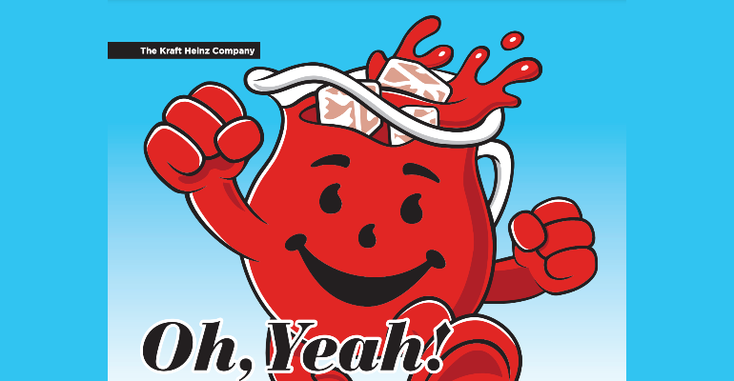 The products produced by the Kraft Heinz Company are globally revered as pantry stalwarts. From its iconic HEINZ to KRAFT, JELL-O, JET-PUFFED, KOOL-AID, OSCAR MAYER, PHILADELPHIA cream cheese and more, the food and beverage company is renowned the world over for bringing its globally trusted brands to market. As the third-largest food and beverage company in North America with seven $1 billion-plus brands in its portfolio, Kraft Heinz is synonymous with high quality, great taste and comfort at home, in restaurants or on-the-go.

And it’s been this way since 1876, when Heinz Tomato Ketchup was launched by Henry John Heinz, an American entrepreneur by way of Germany. What began as a small food company with a short roster of products has since morphed to become the powerful force it is today, enjoying a large majority of the market share of all ketchup sales in the U.S. for its most iconic product, says the company.

started a wholesale door-to-door cheese business in Chicago, Illinois, in the early part of the 19th century. By 1914, J.L. Kraft and Bros. Company was selling 31 varieties of cheese, and in 1916, it secured the patent to a product that would define it from its competition further – pasteurized processed cheese, which allowed for a longer shelf life. The two companies – Heinz and Kraft Foods– merged in 2015 to be the company we know today, bringing together each’s powerful portfolio of category-leading brands.