Puglia has worked with CandyRific for 18 years. 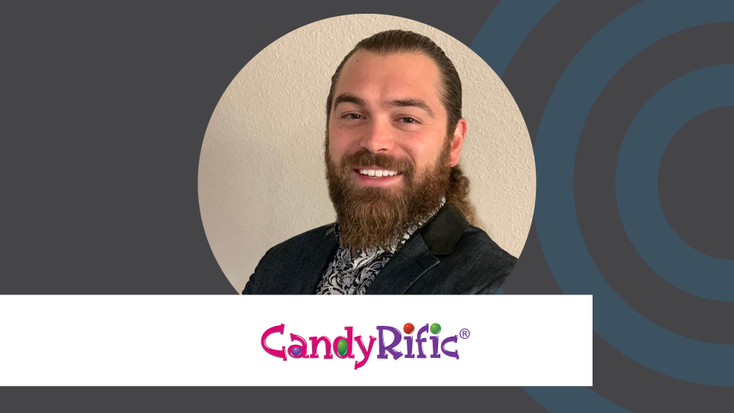 has announced the promotion of Frank Puglia from creative director to executive vice president, product development.

Puglia has worked with CandyRific for 18 years, since receiving a bachelor of arts degree in fine arts with a concentration in graphic design from Long Island University, South Hampton, in 2004. He then worked for a design agency out of Long Island on CandyRific products. A year or so later, Puglia was working solely on CandyRific products, and in 2010 joined the company full-time. He was named creative director in 2013. CandyRific acquired

in 2014 and Puglia has oversight responsibility for product development for Hilco, too. Puglia will be responsible for overseeing four full-time designers.

“It’s been a wonderful experience to grow in my professional career as a designer and to grow with CandyRific as the company has expanded,” says Puglia. “My goal is to keep developing innovative and fun products and pushing the limits of what we can accomplish.”“We are

so impressed with the work Frank has done in his tenure at CandyRific and we are excited to see what he and his team will help create next,” says Rob Auerbach, president, chief executive officer, CandyRific.