Jordan Sollitto, executive vice president of international licensing at Warner Bros. Consumer Products, will be leaving the company in July after 23 years. 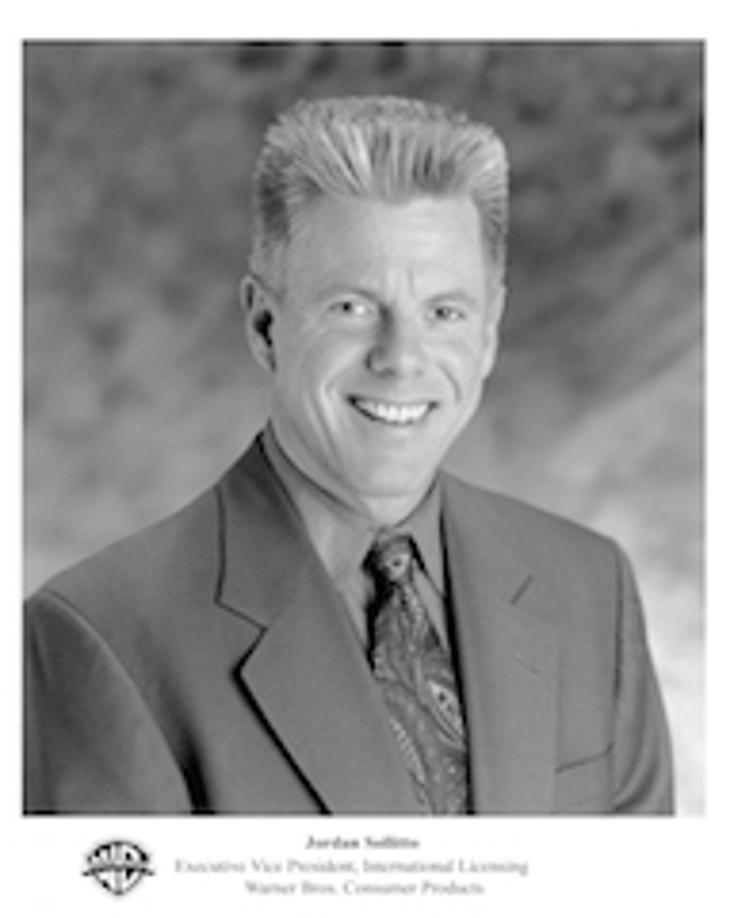 Jordan Sollitto, executive vice president of international licensing at Warner Bros. Consumer Products, will be leaving the company in July, after 23 years working in a wide variety of capacities and studio divisions.

“Jordan’s an excellent marketing executive as well as an outstanding international businessperson,” says Brad Globe, president, WBCP. “He has a unique ability to translate domestic strategy into international success. We wish him only the best in his future."

Sollitto, whose career has been puntuated by several marketing and new business innovations, began his tenure at WBCP in 1993 as sales manager of Latin American consumer products and quickly became regional director and then managing director by 1995.

In 1996, he was promoted to vice president of promotions and branded foods, where he engineered countless film, television and animation tie-ins with McDonald's, Burger King and Wendy’s. Most notably, he initiated the landmark multi-divisional agreement with General Motors

Sollitto’s remit was then broadened to include marketing oversight for the 180 Warner Bros. Studio Stores around the world.

In 2000, Sollitto joined Warner Bros. Online to become chief marketing officer of Time Warner’s web start-up Entertaindom, where he was responsible for overall branding, advertising, strategic partnering and creative execution of the campaigns for both original online entertainment sites.

Sollitto returned to Warner Bros. Consumer Products in 2001 as executive vice president of worldwide marketing, and in 2004, his responsibilities were again expanded to include operating oversight of all international licensing.

“Jordan has been a wonderful colleague and friend throughout his time with WBCP. As he sets off on his next venture, his well-rounded executive skill set is going to continue to guide his success,” says Karen McTier, executive vice president, WBCP.