NORTH AMERICA–Sony Pictures Consumer Products has unveiled the studio’s first faith-based consumer products in support of the new animated film The Star, in theatres this Friday. 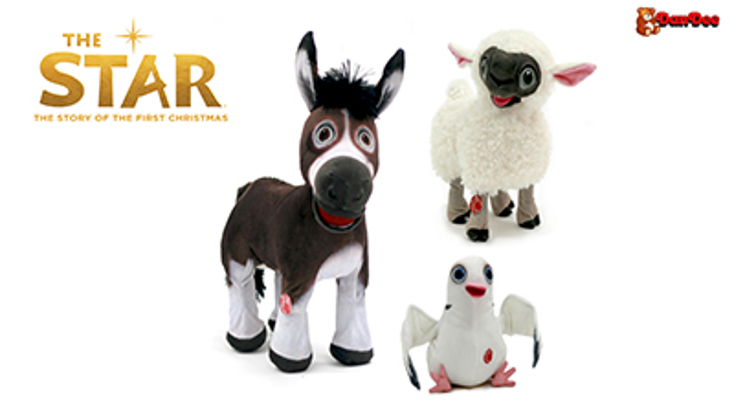 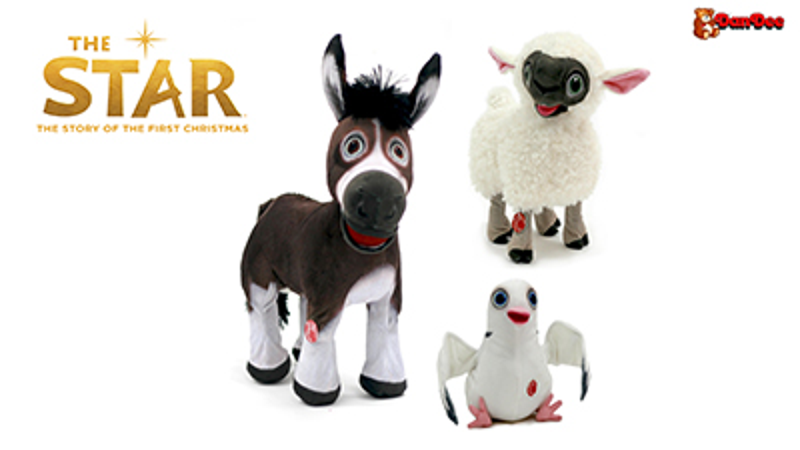 The new consumer products program will be led by Dandee International, which has signed on as the official supplier of the program, and includes an assortment of plush, stockings, ornaments, décor, melamine sets, figures, nativity sets, wooden blocks and slippers.

Additionally, Simon & Schuster Children’s Books and Phoenix International Publications are on board to release a range of children’s books in a variety of formats. The titles will be available wherever books are sold.

at Walmart and Walmart.com.

follows a small, but brave, donkey named Bo who yearns for a life beyond his daily grind at the village mill. One day he finds the courage to break free and finally goes on the adventure of his dreams. Along the way, he meets Ruth, a loveable sheep who has lost her flock, and Dave, a dove with lofty aspirations, as well as three wisecracking camels and several eccentric stable animals. On their journey, Bo and his new friends follow the Star and become unlikely heroes in the greatest story ever told–the first Christmas.