Classic rock and a classic game come together in a collection-bound edition. 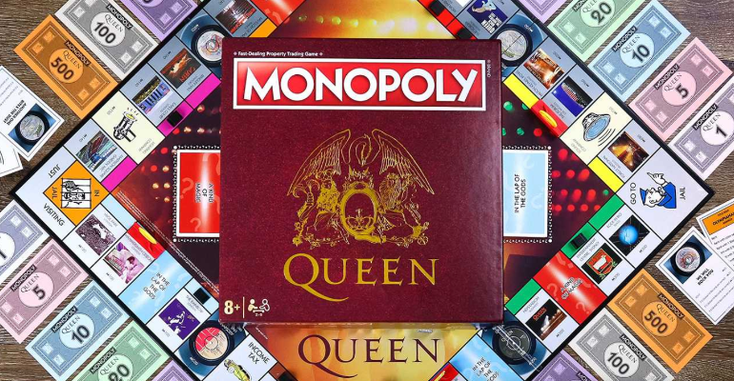 In time for Queen’s 50th anniversary this year, The Monopoly: Queen Edition game pays tribute to one of the world’s most influential rock bands, and it’s available now from The Op.

Rounding up aspects of the group’s career, fans can buy, sell and trade gig locations and records from every era of the band. Instead of Houses and Hotels, players build Staging Blocks and Full Productions on properties named after venues like Wembley Stadium (where singer Freddie Mercury wore his iconic yellow jacket), Hammersmith Odeon (as seen in the live footage of the “Bohemian Rhapsody” video) and Madison Square Garden in New York City.

Six collectible song-inspired tokens include “News of the World” robot Frank, a hammer for “Hammer to Fall” and a vacuum cleaner for “I Want to Break Free.” The traditional Community Chest holds “A Kind of Magic” cards that get players out of jail, while “In the Lap of the Gods” provides chance-like advances or setbacks such as costly cancellations.

“We Will Rock You” or “Another One Bites the Dust” replace the four traditional railroads.

Monopoly: Queen Edition is available at local game stores from The Op’s