Marilyn Monroe Spas, which creates spa experiences inspired by the iconic actress, has partnered with La Vida Investment Holding to expand its concept internationally with a series of new franchises throughout India. 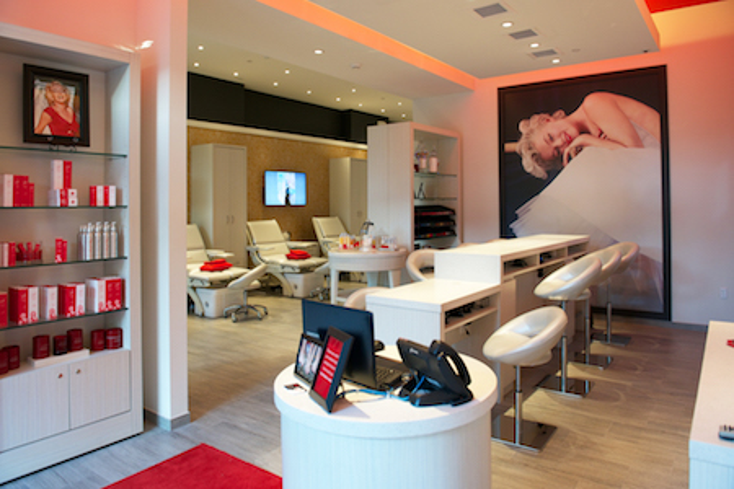 More than 250 new spa locations inspired by the beauty icon will open over the next 10 years.

Marilyn Monroe Spas, which creates spa experiences inspired by the iconic actress, has partnered with La Vida Investment Holding to expand its concept internationally with a series of new franchises throughout India.

The estate of Marilyn Monroe is owned by Authentic Brands Group.

“Marilyn Monroe is globally recognized as one of the most famous female celebrities of all time. Her unique blend of beauty, talent and humor has an enormous influence on pop culture, resonating with millennials who make up nearly 85 percent of her fan base,” says Corey Salter, executive vice president, celebrity and entertainment, ABG. “We are thrilled to be expanding this partnership throughout India, a country whose population makes up approximately 3 percent of Marilyn’s social following and one in which Marilyn Monroe remains a constant trending topic on Twitter.”

The master licensing agreement between Marilyn Monroe Spas and La Vida calls for the development of 250 locations over 10 years, and will include

a small number of units owned and operated by La Vida, with the rest being operated by local franchisees. Marilyn Monroe Spa locations in India will include both standalone day-spa concepts as well as locations within hotels and resorts. The first locations, which will be La Vida owned and operated, are expected to open in Delhi and Mumbai during the second half of 2017, with additional locations targeted for other major metropolitan areas including Bangalore, Chennai and Hyderabad, among others.

“The strong, continued strength of the Indian economy, has created strong demand for premium services and experiences by a middle class which will soon exceed 100 million people,” says Jyotirmoy Bose, executive director and group CEO, La Vida Investment Holding. “This is particularly true in the spa and salon segment, which is what drove us to capitalize on this iconic brand and outstanding franchise concept by establishing 250 Marilyn Monroe Spas in India. We are proud to carry forward Marilyn’s timeless legacy in such a visible way into the world’s most dynamic emerging market.”

The agreement with La Videa is Marilyn Monroe Spas’ first international franchise agreement, with several others currently being explored.

“A key reason for our company’s significant investment in the iconic Marilyn Monroe brand is its immediate recognition and unique association with timeless beauty and glamour across all key global markets,” says Al Weiss, chairman, Marilyn Monroe Spas. “Today’s announcement is the first of many we will be making as we execute our international franchising program, which is a major component of Marilyn Monroe Spas’ growth plan.”