The new collection is inspired by the animated series "Star Trek: Lower Decks." 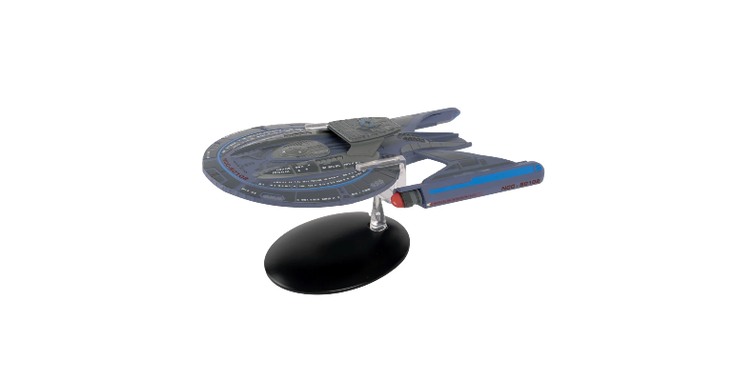 The "Star Trek: Lower Decks" official collection will capture the starships featured in the animated series as hand-painted, highly detailed models, each accompanied by a profile magazine with behind-the-scenes info and interviews, and mounted on a detachable display stand for a desk or shelf.

Kicking off the collection is the U.S.S. Titan NCC-80102, the Luna-class vessel commanded by Captain William Riker, alongside his wife, Counselor Deanna Troi. First introduced in 2002's "Star Trek Nemesis" and starred in its novel series, "Lower Decks" marks the first on-screen appearance of the Titan.

This diecast model replicates the Titan's design with precision, at about 9" long, in line with Hero Collector's existing range of replica ships, from "Star Trek: Discovery" and "Star Trek: Picard."

More ships in this

collection are upcoming, such as the illustrious U.S.S. Vancouver and new collectibles based on "Star Trek: Lower Decks."