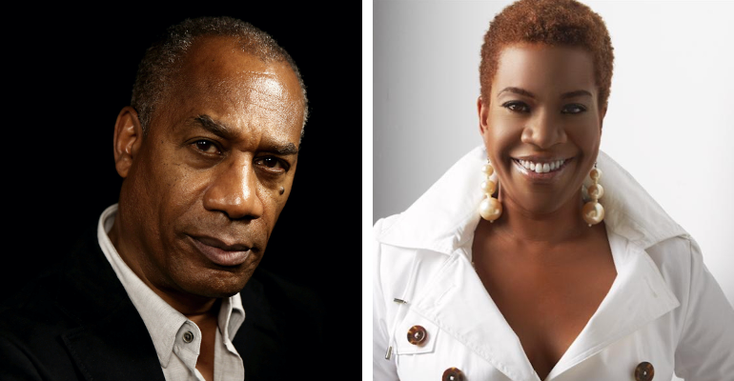 Landmark Studio Group, a Chicken Soup for the Soul Entertainment company, has announced the development of a new Crackle Plus original series, “Inside the Black Box.”

“Inside the Black Box” is an industry reference to an experimental theatre space consisting of black walls and 99 seats. The series will spotlight the world’s greatest BIPOC artists, from actors and directors to producers, writers and musicians, reflecting on how their skin tone influenced their journey to success. Filmed in a theater setting, the series features an A-list roster of talent, such as Debbie Allen, Ta-Nehisi Coates, Phylicia Rashad, Shonda Rhimes, Sherri Shepherd, Tamara Tunie

and more, with an audience filled with young aspiring artists.

Each one-hour episode, hosted by Morton and Moore, will be filled with conversation, performance, workshops

and discussions about the role race plays in the entertainment industry.

“’Inside the Black Box’ delivers a new spin on the interactive interview show with each 60 minute episode delivering a live-wire ‘themed’ discussion, and we are thrilled to work with Tracey, Joe, David, Rachel and the entire production team and roster of incredible talent we plan to secure to participate in this unique and engaging series,” says David Ozer, chief executive officer, Landmark Studio Group.

“Inside the Black Box” is slated for production in late Q1 2021 and anticipated to premiere exclusively on Crackle Plus on Juneteenth 2021 (June 19).