Grumpy Cat is traveling the U.S. with a number of recent appearances and a host of new licensing partners.

Last week, the famous feline co-hosted for a day on MTV, appearing between shows with pop star Kat Graham. She also attended the Los Angeles, Calif., premiere of Disney's

, and headed to SXSW this past weekend in her role as the Friskies cat food brand's official spokescat. Grumpy visited the Haus of Bacon for two days, where pop artist Jason Mecier created a giant bacon statue in her likeness. 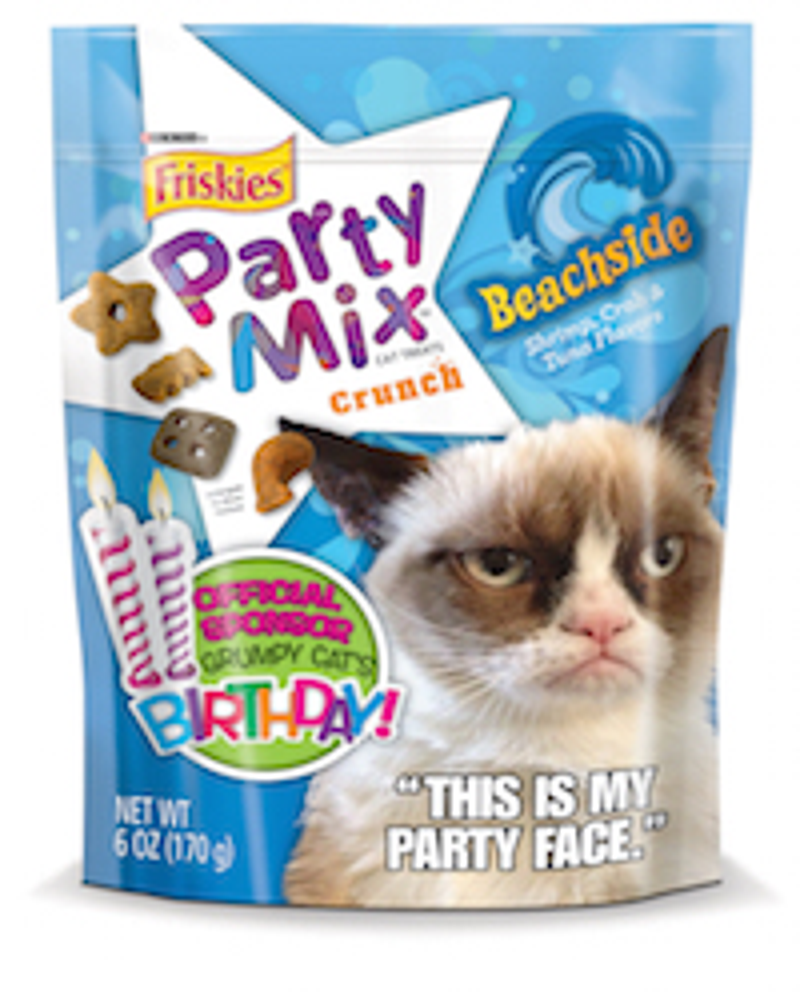 Grumpy Cat has also signed a number of new licensing deals for her brand: