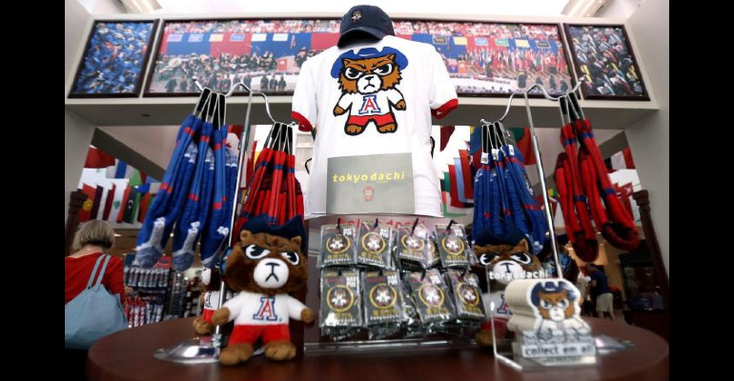 “We love this property!” says Steven Heller, president, Brand Liaison. “The characters are so unique and have such broad appeal that the opportunities for licensing and collaborations are almost limitless. Some of our key goals for licensing include accessories, bags and backpacks, plush, figurines and collectibles, wall art and school supplies and trading cards and NFTs.”

With more than 500 characters including anime versions of collegiate mascots and anime collections based on dozens of other themes and activities, the deal will build upon the Tokyodachi brand’s reach in the collegiate world.

The Brand Liaison will expand the existing characters to a range of consumer products, including accessories, backpacks, plush, figurines, collectibles and NFTs, as well as seek collaborations

for in-bound licenses such as music icons, celebrities and other characters suitable for anime avatars.

“Having lived in Japan, I was always enamored with the families of characters that represent every part of Japanese culture,” says Gormley. “Tokyodachi gives America its own family of characters that resonate with consumers of all ages. Since our first photo shoot in Tokyo and our launch party in Las Vegas in 2018, the brand has met with enormous success. The greatest satisfaction has been that Tokyodachi has been equally accepted by every demographic and interests. They are part emoji, part anime, part sports, part gaming, funny, passionate and very determined. The artwork is now widely accepted and promoted on college campuses, at retailers, licensing shows and soon in resorts throughout the U.S. And our annual event, Tokyodachi Mascot Mania has engaged hundreds of thousands each year and has become the College championship of social media.”

To learn more about Tokyodachi licensing, visit The Brand Liaison at www.TheBrandLiaison.com or email [email protected]