The “Friends” beauty collection is inspired by the classic sitcom and available now. 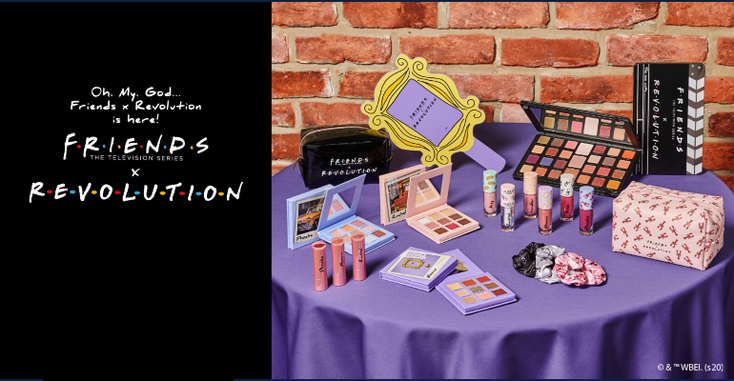 More than 25 years after the sitcom first debuted on NBC, “Friends” has made its way to the makeup aisle thanks to Revolution Beauty.

The collection includes four eyeshadow palettes, three bullet lipsticks, six lip glosses, a mirror, a pack of three hair scrunchies and two makeup bags. Each of the items in the collection centers around a character or theme of the show.

Three of the four eyeshadow palettes are inspired by one of the leading ladies of the series, Phoebe, Monica and Rachel. Shade names in the palettes including “Smelly Cat,” “On a Break” and “Geller Cup” pay tribute to each of them, with all of the bullet lipsticks dedicated to them as well. The six lip glosses have three dedicated to these characters, as well as three dedicated to the men of the series, Ross, Chandler and Joey. The largest eyeshadow palette, called the Limitless palette, includes 27 shades named after multiple characters from the show, including obscure ones like “Ugly Naked Guy.”

collection is available now online and at Ulta. This is the

released in recent months. Mad Beauty also partnered with the show for a collection in August.