Sony Pictures Consumer Products is preparing for the next big rollout of “Cobra Kai” licensed products by striking hard and fast at retail worldwide. 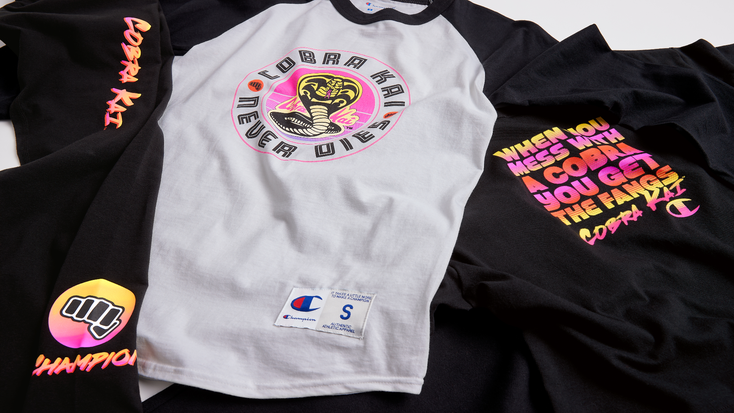 “Cobra Kai” is the continued story of “The Karate Kid” and the rivalry between ﬁlm characters, Johnny Lawrence and Daniel LaRusso, that first debuted in theaters in 1984. More than 30 years after the film’s debut, the franchise’s stars, actors Ralph Macchio and William Zabka, co-produced what would become “Cobra Kai” with showrunners, Josh Heald, Jon Hurwitz and Hayden Schlossberg.

The streaming series originally launched on YouTube in 2018. Netﬂix acquired the series in 2020 and has premiered seasons 3 and 4 on its platform.

“Cobra Kai” has reignited a spark in the franchise with its legions of fans. It’s rare when a revived franchise is a success, but even rarer when it has a solid licensing program to support it.

for hair metal), the licensing rollout behind the series is very much current.

Read more about Sony Pictures Consumer Products and “Cobra Kai” in the May 2022 issue of License Global.