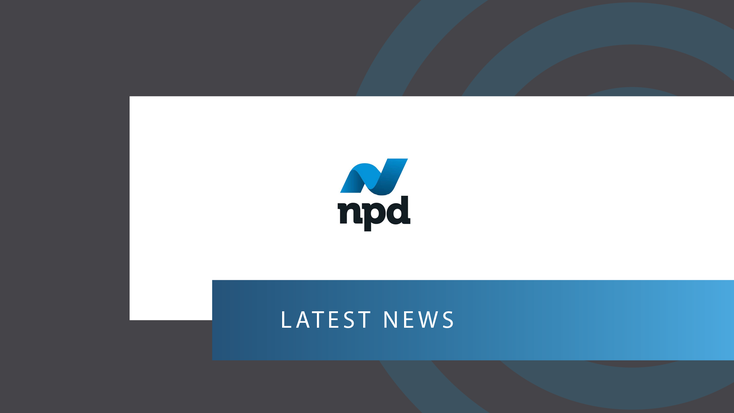 NPD logo.NPD
According to The NPD Group, seasonal retail sales have fallen short of traditional peaks, but as of September 17, year-to-date sales revenue is just 2% below last year.

Research finds that demand is slightly lower than last year, with unit sales down 8%, but consumers continue to spend. NPD points to the recent

season to establish the changed buying behaviors. Categories like footwear picked up speed in mid-September, apparel sales stalled when shoppers waited for cooler temperatures, then got a boost in sales.

"Seasonal spending is spreading out as consumers focus on getting what they need in the moment," says Marshal Cohen, chief retail industry advisor, The NPD Group. "Retailers and manufacturers should prepare for Holiday 2022 to follow suit with an elongated shopping season and consumers shopping prudently to account for higher prices across retail."

According to Checkout, NPD's consumer receipt-based information, Black Friday and

"The anticipation of another set of promotional events from

, and other retailers this October, combined with this year's trend of elongated retail shopping seasons, lower peaks in sales results, and the consumer's interest in getting a good deal, early promotions will once again capture significant attention," says Cohen. "At the same time, more normalcy is resurfacing, and the consumer excitement to get into stores for the deal-hunting they have missed over the past two years is capable of sparking increased activity for retailers who create a sense of urgency around the more traditional peak days for in-store traffic."