In celebration of Pokémon’s 20th anniversary, the Pokémon Company International will is telling fans to “Train On” with new products and events throughout the year. 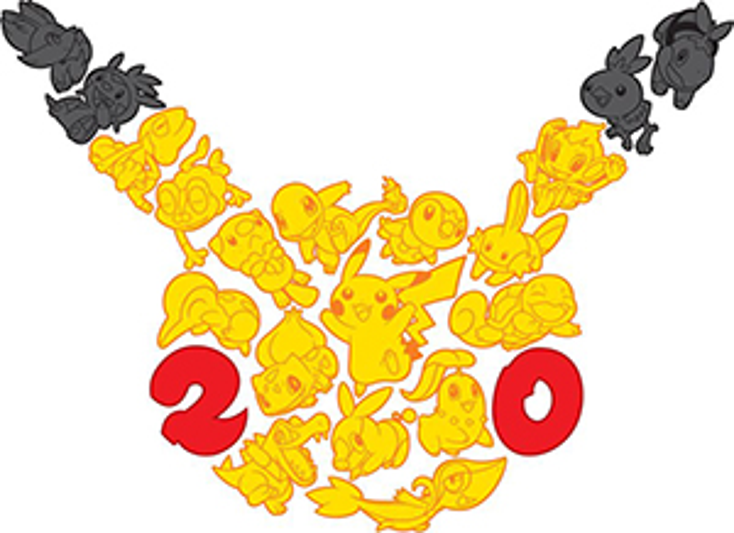 Brand set to mark milestone with special products, events throughout 2016.

In celebration of Pokémon’s 20th anniversary, the Pokémon Company International will is telling fans to “Train On” with new products and events throughout the year.

To kick off the celebration, The Pokémon Company International will air a new ad during next month’s Super Bowl 50 focusing on the Train On campaign. The promo is also tied to social media, with the hashtag #Pokemon20 that asks fans to share their favorite Pokémon memories.

Then on Pokémon Day, Feb. 27, the company will organize special events at participating retail locations across the U.S.

A host of 20th anniversary merchandise including apparel, accessories and souvenirs is also available at PokemonCenter.com. Featured products include a 20th anniversary baseball cap from New Era, limited edition figures and plush from master toy licensee from Tomy International and more.

for Nintendo 3DS. A special Nintendo 3DS Pokémon 20th anniversary bundle will also be released with both the "Red" and "Blue" game versions pre-installed, two unique cover plates, the Pokémon 20th logo and a download code for an exclusive Pokémon home menu theme.

Additionally, the video game “Pokkén Tournament” will be released this spring for Wii U that enables the game to battle in direct response to the player’s actions. A new mobile game, “Pokémon Go,” will also launch later this year, encouraging fans to discover Pokémon in the real world.

In addition to the new video games, The Pokémon Company International will also be releasing special expansion packs for the Pokémon trading card game throughout the year, and will host retail events at GameStop and Toys 'R' Us featuring exclusive collector’s items.

Furthermore, 12 full-length Pokémon films will be available for digital download through iTunes, Amazon and Google Play. Among the releases, will be digitally re-mastered versions of the first three Pokémon movies.

Updates on retail events, special products and more will be available at Pokemon.com/20 throughout the year.