EUROPE–Roughly 79 percent of U.K. adults use services like Netflix and BBC iPlayer to watch multiple episodes of a television series in one sitting, according to the U.K. broadcast regulator’s annual Communications Market Report. 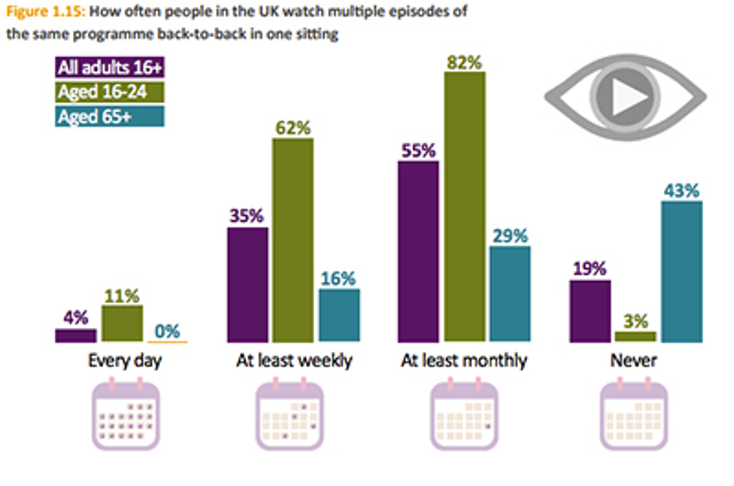 BBC iPlayer, ITV Hub, YouTube and Netflix proved to be the most popular platforms among U.K. adults. 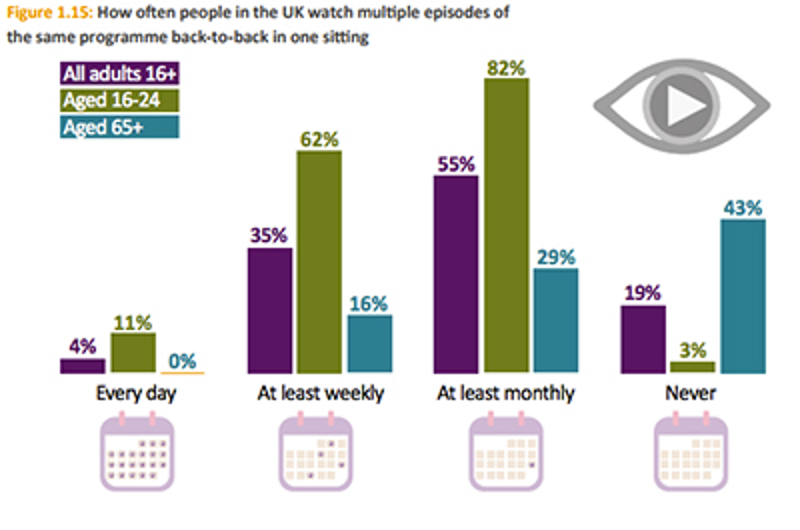 Over a third of adult consumers (35 percent) also reported watching back-to-back episodes of the same TV series at least weekly. However, nearly half of consumers (46 percent) binge watch TV programs with friends or family.

The report also found that bingeing on TV programs was most popular among younger generations, with 53 percent of 12-15-year-olds bingeing on a weekly basis, compared to 16 percent of people over the age of 65.

minutes of broadcast TV in a day, a 41-minute decline compared to 2006, while consumers over 65 reported watching an average of 5 hours and 44 minutes, up 50 minutes over the same 10-year period.

Alternatively, roughly 76 percent of consumers ages 16-24 reported using a subscription service like Netflix or Amazon Prime, compared to 19 percent of people over the age of 65.

Among all U.K. adults, the BBC iPlayer was the most popular on-demand service, with 63 percent of respondents reporting using the service. Other popular platforms include ITV Hub (40 percent), YouTube (38 percent) and Netflix (31 percent).