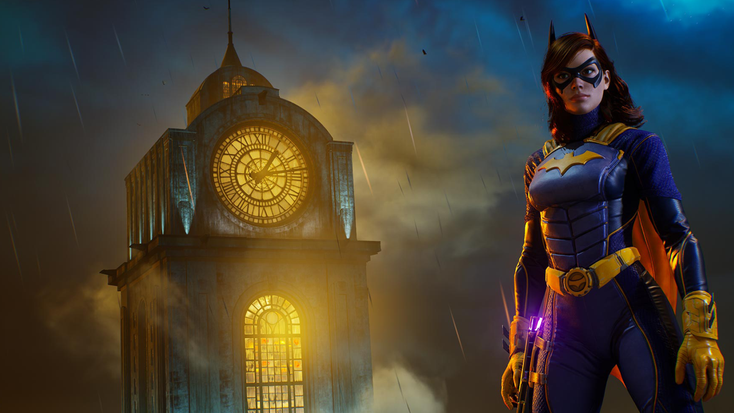 5 (PS5), Xbox Series X|S and PC and is playable either solo or as a two-player online cooperative (co-op) experience.

Developed by Warner Bros. Games Montréal, “Gotham Knights” features Batman Family characters – Batgirl, Nightwing, Red Hood and Robin – a new guard of DC Super Heroes who must rise up as the protectors of an increasingly vulnerable Gotham City in the wake of Batman’s death. Introducing an original story set in DC’s Batman Universe, players must solve mysteries that connect the darkest chapters in the city’s history, while engaging in epic confrontations with notorious DC Super-Villains, such as the cold-blooded Mr. Freeze, mastermind criminal influencer, Harley Quinn, shape-shifting colossus, Clayface and the mysterious Court of Owls, a secret society.

“We are thrilled to launch ‘Gotham Knights’ and return players

“We’re honored to be able to tell a new story centered around our four heroes,” says Patrick Redding, creative director, Warner Bros. Games Montréal. “‘Gotham Knights’ is the culmination of the hard work by the entire Warner Bros. Games Montréal team to deliver a unique gameplay experience that transports players into the roles of these characters, whether playing solo or with a friend in online co-op and bring to life some of the most infamous DC Super-Villains in new ways. We’re thrilled to finally share Gotham Knights with fans around the world.”

The four playable heroes in “Gotham Knights” include:

“Gotham Knights” is available in standard, deluxe and collector’s editions.