The upcoming entry in the “Assassin’s Creed” franchise will have music, books and more. 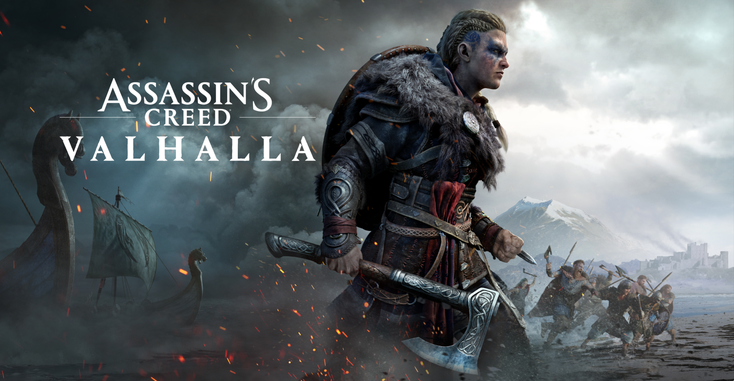 Ubisoft has announced a slate of publishing and music partners for its upcoming video game “Assassin’s Creed Valhalla.”

The official “Assassin’s Creed Valhalla” soundtrack and books are now available for pre-order, including a novel, comic and art book.

novel, written by Matthew J. Kirby, will tell an original story set in the world of the game. Players will discover the tale of Geirmund Hellskin, a man determined to prove his worth as a Viking and a warrior who joins the ranks of King Guthrum’s army to participate in the invasion of England. The book cover will be revealed on renowned Korean artist Jung Gi Kim’s Instagram account later this month.

, a comic series written by Cavan Scott, illustrated by Martin Tunica and colored by Michael Atiyeh. In this prequel to the game, fearless Vikings Eivor and Sigurd embark on separate adventures to show their mettle and seek glory.

The Art of Assassin’s Creed Valhalla

will invite readers on a visual journey through the world of “Assassin’s Creed Valhalla.” This book offers a collection of art and commentaries aimed at attracting longtime fans and newcomers alike.

On July 17, a seven-song EP taken from the official soundtrack will feature original compositions from Jesper Kyd and Sarah Schachner. The launch will also include an original song by Einar Selvik that will be available on Spotify and iTunes. Spotify pre-save and iTunes pre-orders are available now, and the full soundtrack will be released later this year.

The new partner products will launch ahead of the worldwide release of “Assassin’s Creed Valhalla.” The title is expected to drop on

Nov. 17. It will launch on Xbox One, PlayStation 4, the Epic Games Store and Ubisoft Store on Windows PC, as well as on UPLAY+, the Ubisoft subscription service and Stadia.