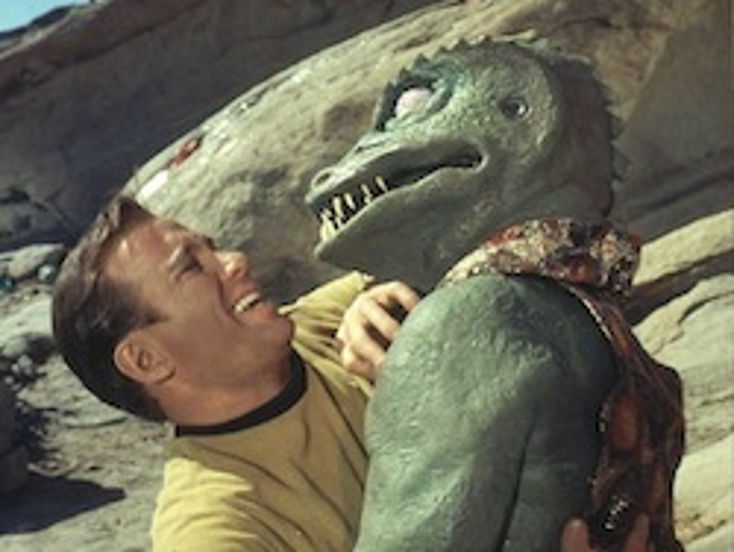 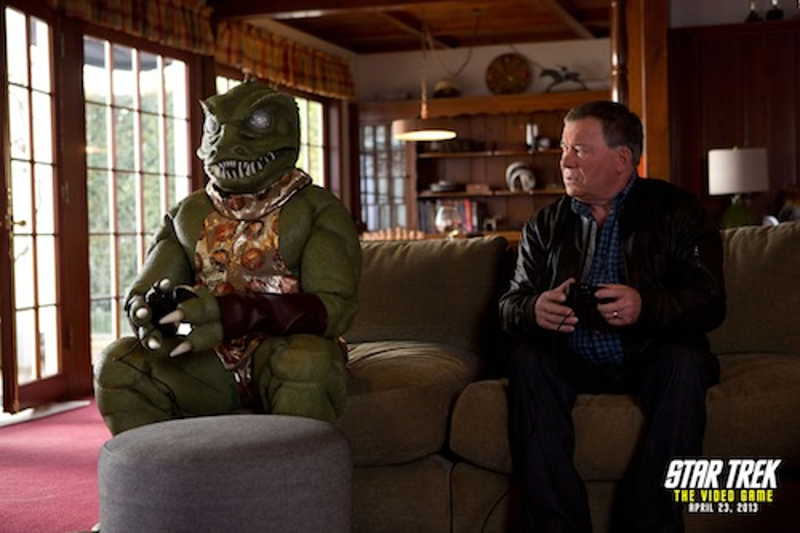 The new game features Captain Kirk and Spock taking on a re-imagined version of the enemy species Gorn, which made its first appearance in a 1967 TV episode alongside Shatner.

Created under license by CBS Consumer Products, the video game will be available for Xbox 360, PlayStation3 and PC April 23 in North America and April 26 worldwide from Paramount Pictures and Namco Bandai Games.

"What better way to spotlight the adventure and fun everyone can have actually playing as Captain Kirk in the new game, than to team up the legendary former captain himself to play one of his old foes?" says LeeAnne Stables, president of consumer products, Paramount Pictures. "Mr. Shatner is such a great sport and that Gorn had absolutely no chance of coming out on top this time."

The promotional video for the game was released exclusively on Yahoo! Movies and shows Shatner

coming face-to-face with a Gorn more than four decades after they first squared off on an isolated desert planet. The second time around, the confrontation takes places on a sofa though as the two enemies play the new video game. When an onscreen dispute leads to an actual fight, Shatner and the Gorn reenact their original brawl, this time with couch pillows instead of space rocks.