Thirty years ago, “Sonic the Hedgehog” debuted and flipped the script on video games forever. Find out what SEGA has planned to mark the anniversary of one of gaming’s most legendary faces. 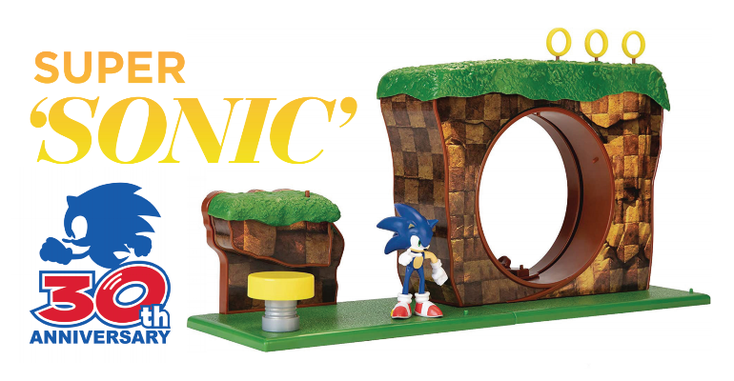 In 1991, video game developer SEGA had just launched its new console, the Genesis, and struggled to compete in a marketplace dominated by Nintendo. Despite solid sales, SEGA still couldn’t match Nintendo’s NES’s appeal, powered by its flagship franchise, “Super Mario Bros.” Looking for a way to compete with Nintendo’s famous plumber, SEGA knew they needed a mascot of their own. At the time, SEGA’s most well-known character was Alex Kidd, the martial artist star of “Alex Kidd in Miracle World.” But that game was five years old. To kick SEGA up to the next level, they had to develop a character who could become the face of gaming for the ‘90s. They found him in the form of a spiky blue hedgehog named Sonic.

Released on June 23, 1991, “Sonic the Hedgehog” put SEGA squarely on the map and created an unbeatable franchise that has expanded to include toys, clothes, animation and a hit feature film. This year marks 30 years since Sonic first rolled across screens, and SEGA has big plans to celebrate the Blue Blur’s birthday. Right out of the gate, Sonic was a popular character with fans, particularly his look, from his spiky blue hair to his red sneakers. They also responded to his attitude. With his trademark smirk and tendency to fold his arms and tap his foot if you were taking too long to make a move, Sonic felt like a character that gamers could relate to. It wasn’t long before “Sonic the Hedgehog” merchandise hit shelves.

so much great ‘Sonic’ content released over the years, it’s safe to say we have created merchandise to support almost every major ‘Sonic’ game or other ‘Sonic’ entertainment launch,” says Alex Gomez, director, licensing and partnerships, SEGA “From new games to the recent blockbuster movie last year, to the sequel coming in 2022, to animation programs launching next year, we try to create products that bring the content to life in authentic and innovative ways that speak to our fans.”

This year, SEGA has several merchandising plans in the works for “Sonic the Hedgehog’s” 30th anniversary…

Check out the Gaming Issue of License Global here!