Game based on the 1995 James Bond film arrives on the Nintendo Switch and Xbox this week. 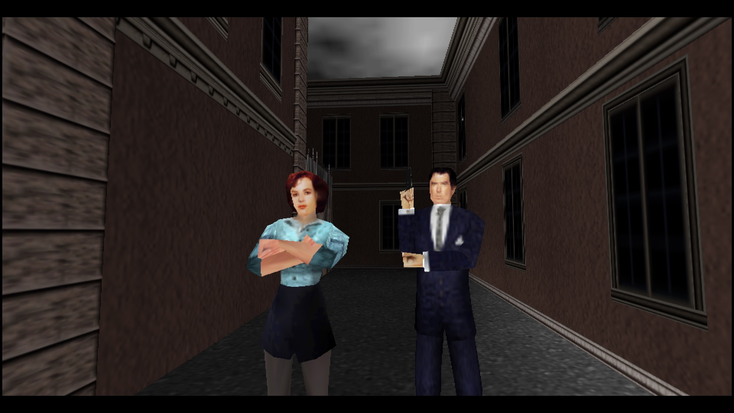 In-game screen from “GoldenEye 007.” MGM
“GoldenEye 007,” a first-person shooter game that debuted in 1997 on the Nintendo 64 system, is making its return to gaming consoles.

and EON Productions have announced they are partnering to bring the game, based on the 1995 hit film, “GoldenEye,” to the

platform on Jan. 27. The game will be available for both platforms in the U.S. and globally, except Japan.

“GoldenEye 007” is the third best-selling Nintendo 64 title worldwide of all time. The game lets players enter the world of espionage as James Bond. Bond’s covert operation to stop the GoldenEye weapon satellite spans the globe; players will infiltrate underground bases, charge through a military train and slink around the depths of a jungle. The game includes 20 campaign missions to master at a range of difficulty levels, unlockable cheat modes and split-screen multiplayer for up to four players.

The Xbox release will be available across Xbox Series X|S, Xbox One and Windows 10 PC.

Related:Super Nintendo World to Open at Universal Studios Hollywood in 2023